Q&A at Cannes film festival: Iranian director Asghar Farhadi on the push and pull of home 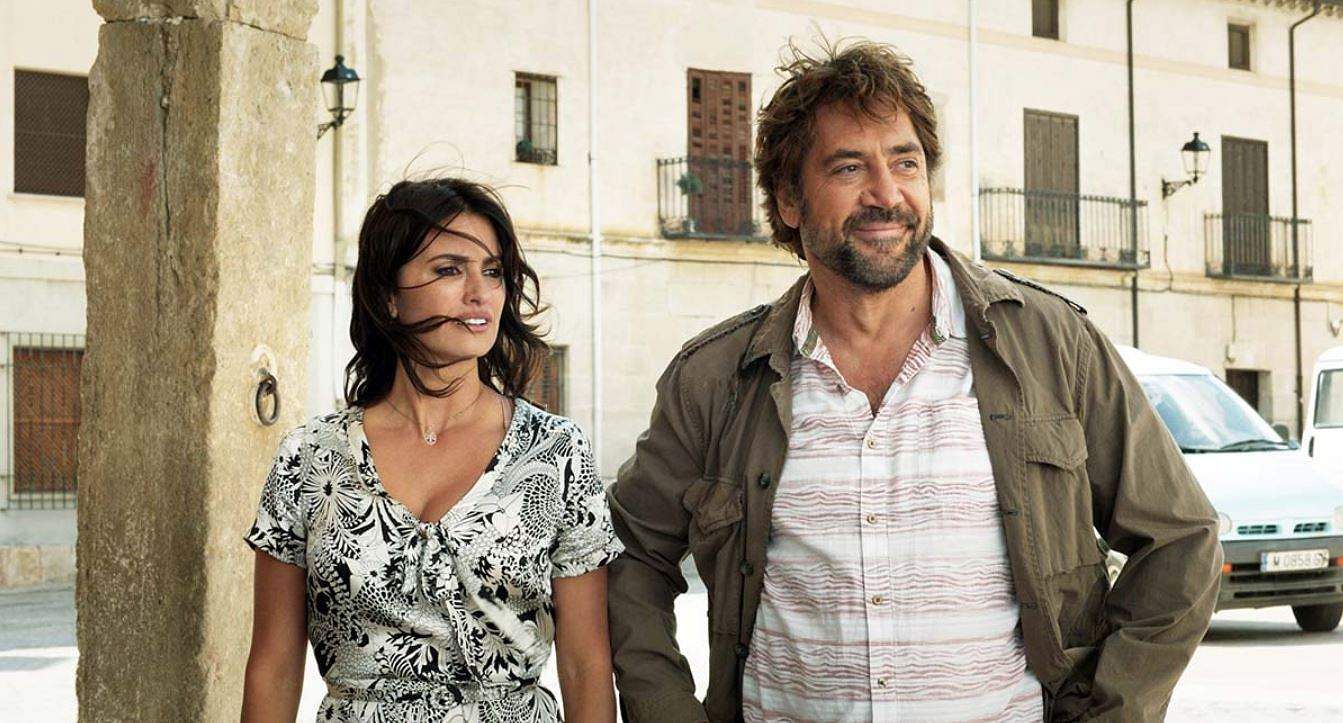 Penelope Cruz and Javier Bardem in 'Everybody Knows'.

For Farhadi, the multi-Oscar winner and one of the foremost filmmakers in international cinema, Trump's declaration colored the celebration with a familiar melancholy. In 2017, he boycotted the Academy Awards where his "The Salesman" won best foreign language film in protest of Trump's travel ban of seven Muslim-majority nations, including Iran.

Farhadi has also been critical of the Iranian regime and chafed at its censorship of artists like himself.

On Wednesday, Farhadi pleaded for Iran to allow his countryman, filmmaker Jafar Panahi, who's barred from leaving Iran, to come to Cannes for the premiere of Panahi's soon-to-debut film — an appeal that Panahi thanked him for with a text message.

Shot in Spain and in Spanish with a cast led by Javier Bardem and Penelope Cruz, "Everybody Knows" is Farhadi's second film made abroad. (His "The Past" was made in France, in French, starring Berenice Bejo.) "Everybody Knows," about a kidnapping that unspools the dormant secrets of a family, was quickly acquired by Focus Features after its Cannes premiere, with plans for a fall Oscar campaign.

But as he explained speaking through an interpreter to a reporter on the rooftop terrace of a Cannes hotel, Farhadi doesn't wish to be known as a globe-trotting filmmaker. The 46-year-old director spoke about that, his complicated feelings for his homeland and his endless fascination with the past.

AP: How did you react to the nuclear deal announcement?

Farhadi: Yesterday, many Iranians had sent me nice messages but I felt sadness also in their messages. I've always been criticizing the Iranian regime and they know it and they aren't on good terms with me. But the agreement, I just can't believe it. People had been working on it. It's not about the Iranian government. It's about the Iranian people. They are under pressure. A few years ago, when I was traveling abroad, a mother told me to tell the media that her child needs medicine. It was because of the sanctions that there was no medicine for her child. It's an excuse to break up this agreement just for the sake of doing the opposite of whatever Obama did.

AP: Unlike your previous films ("A Separation," ''About Elly"), "Everybody Knows" deals with less a secret past than a widely known one.

Farhadi: I did some research in a jail in the U.S. — San Quentin in San Francisco. People who were there for their life. They did a crime 40 years ago and they have to spend all their life there. When they tried to think of what they had done, they saw themselves as different people. I think you are a different person every day. We cannot judge someone today for something they had done 40 years ago, but at the same time, you cannot deny your responsibility about your past. That's the paradox.

AP: You often center your films on a dramatic event that dislodges their characters' hidden histories. Where does your obsession with the past come from?

Farhadi: At some point, you realize that there is a lot behind you already, that our past is longer than our future. I think what makes us age is not time, it's the burden of our past. The countries that were born out of immigration don't have this as much. But when you have a long history, looking back is part of your DNA. I am obsessed with the past, and I wish I wasn't.

AP: How do you go about constructing stories that unfold like domestic puzzles?

Farhadi: Seen from outside, it seems like something very mathematical and preconceived, but that's not the case. When I write the first draft, it's totally unconscious. Only in rewriting many times do I try to construct the puzzle. The structure is not linear for me. In all my films, we go by circles.

AP: You've worked in France and Spain now. Is it your desire to be a kind of global filmmaker?

Farhadi: I don't want to be seen as a filmmaker who works in all kinds of different countries. What's right for me as a director is to make the majority of films in my own country. Of course, one could think that I'm much freer when I work abroad. But this freedom has its own limitations because when you're out of your own context, you start trying to find some subjects that have similarity with your own culture. So I would rather stay in my own country and work there, but every once in a while I need to work abroad for tourism. In my lifetime, I want to have the opportunity to discover other cultures and explore them. When I make a film abroad, it's so intense that it's the equivalent of 10 years abroad.

AP: But you would prefer to work in Iran.

Farhadi: I think I'll make most of my films there. When you work there, you feel that everything is coming from inside your heart, from your inner self. Whereas when you're outside, it's always your brain that's working. You have to be careful about that.

AP: I'm sure you've had English-language offers. Are you at all tempted?

Farhadi: Yes, I've received some offers in English-language. One is based on a true story from The New York Times. It's a human, universal subject. It may happen someday. I may make the film. But it's not my priority.

AP: "Everybody Knows" was delayed when you opted to make "The Salesman" in Iran instead. Was that because you wanted to go back home?

Farhadi: Yes, exactly. We started all the agreements and I was about to start working on the Spanish film. I should have made it two years ago. But then I made a short trip to my country and one day I was driving in Tehran and I felt: Why should I go and work elsewhere? That's where I belong. It was a very strong feeling. I was moved by the place. I remember that I stopped my car and I called Javier and I said I'd rather postpone the project for two years. He was very surprised and the producers were a bit mad at me. But I couldn't help it and I'm glad I did it.

Now we are on Telegram too. Follow us for updates
TAGS
Asghar Farhadi Iranian director Everybody Knows Cannes 2018