Daisy Ridley to star in thriller adaptation 'The Ice Beneath Her'

Star Wars star Daisy Ridley is in talks to appear in a new psychological thriller titled The Ice Beneath Her.

Star Wars star Daisy Ridley is in talks to appear in a new psychological thriller titled The Ice Beneath Her. The project, which was of much interest to several Hollywood producers, has been reportedly greenlit with leading entertainment company STX acquiring international rights and bankrolling it. 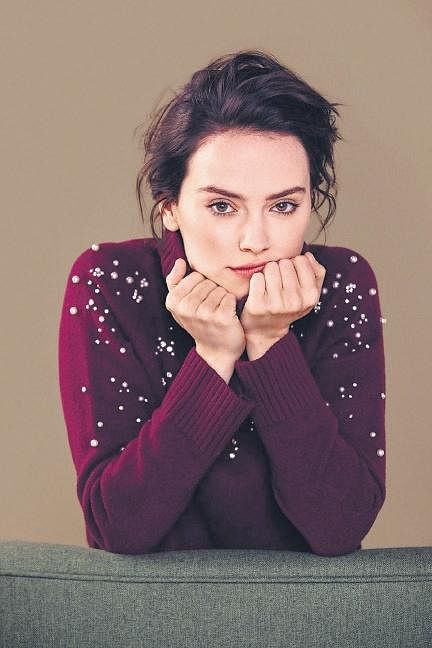 The filmmaking trio of Matt Bettinelli-Olpin, Tyler Gillett, and Chad Villella (producer), collectively known as Radio Silence, will be directing and jointly producing it with Andrew Lazar (American Sniper).Radio Silence has become a hot property since the success of their runaway hit Ready Or Not. The $6 million-budgeted dark comedy grossed $60 million worldwide.

The Ice Beneath Her revolves around a detective and psychological profiler teaming up to solve the gruesome murder of a young woman. Screenwriter Caitlin Parrish (Supergirl, The Red Line) has penned the adaptation of Camilla Grebe’s bestselling 2015 novel of the same name which is said to be along the lines of Gone Girl and The Girl On The Train.

Last seen in Star Wars: Rise of Skywalker, Daisy Ridley has director Doug Liman’s (The Bourne Identity, Edge of Tomorrow) science fiction film Chaos Walking coming up next. It is based on Patrick Ness’s 2008 novel The Knife of Never Letting Go, the first part in his Chaos Walking trilogy. Ridley is joined in the film by Tom Holland, Mads Mikkelsen, Demián Bichir, and David Oyelowo among others. It is slated for a January 22, 2021 release.