The Walking Dead: Premiere dates of new episodes out

AMC has revealed the premiere dates of the bonus episodes for the tenth season of its zombie-apocalypse hit series, The Walking Dead.

AMC has revealed the premiere dates of the bonus episodes for the tenth season of its zombie-apocalypse hit series, The Walking Dead. 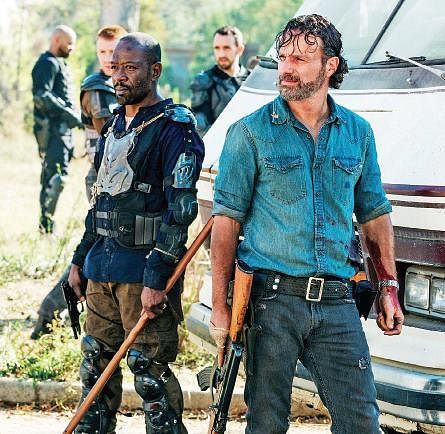 All six additional episodes will stream on AMC+ from February 28, 2021. The show’s production and earlier plans of release were halted due to the COVID-19 pandemic.

It was earlier revealed that one of the additional episodes will delve into the story of Maggie—a character that returned after a season-long exit.

Notably, it was also announced that actor Jeffrey Dean Morgan’s real-life wife and actor, Hilarie Burton, has been roped in to play Lucille, the wife of Morgan’s character Negan.

Now we are on Telegram too. Follow us for updates
TAGS
The Walking Dead