You get a chance, but not a second chance: Mustafa

The debutant, who revealed that acting happened by chance spoke about the pros and cons of being a star-kid.

Machine marks the Bollywood film debut of Mustafa, the son of Abbas from the Abbas - Mustan duo.

Ahead of the film release, the actor revealed that acting happened by chance as he always wanted to be a director and also spoke about the pros and cons of being a star-kid. 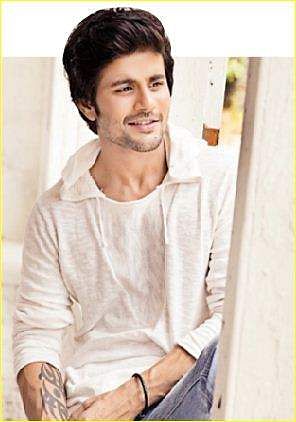 Was acting always on the cards?

I always wanted to be a director and acting was never even in the back of my mind. My complete focus was in direction and I have even done a course on film-making from the New York film academy. As a part of my curriculum, I have worked on nearly 75 short films and have directed around 12 short films by myself.  After returning to India, I started assisting my dad. The working pattern in India is far different from what we learnt in the academy.  As an assistant director, I used to act out the scenes and narrate it to them (Abbas - Mustan).  So by doing all this, I accidentally bagged a role in Machine as they wanted a new comer and when I enacted the script of the film to them, they felt I am the best choice to play the lead character.

What are the pros and cons of being a star-kid?

The biggest pro of being a star-kid is that you get a chance. The con of being the same is the fact that you don’t get a second chance. As a star-kid, we get the initial push but at the same time the audience expectations are quite high and it is difficult for us to live onto the name and carry the legacy forward.

You have been a self-confessed Shah Rukh Khan fan....

Three films that made me a Shah Rukh Khan fan are Baazigar, Darr and Dilwale Dulhania Le Jayenge. I think Shah Rukh Khan has done a brilliant job in those films and the thing I adore the most about him is his energy. Apart from the above mentioned ones, Baadshah is one of the craziest films I have seen in my life. Apart from the thrill, it had a lot of comic element as well and that is something which makes it special. I love all the other actors as everyone is different. I love to watch Salman Khan Films because of his dialogue delivery and action which is unique. Aamir Khan is a perfectionist who plays different characters with perfection.

Would you ever like to direct a film? How easy would it be for you to execute the things you learnt from New York in this industry?

I would love to direct in future and I would do it once for sure. Bollywood and the Hollywood follow two different schools of film making. Our industry is very practical and spontaneous whereas there everything is prepared and planned. As a director, I would love to take technicalities from there and emotions from here. But there is still long time for direction as right now the focus is on acting.