Nawazuddin and wife to separate?

The couple is saying to be living separately after 8 years of being together. 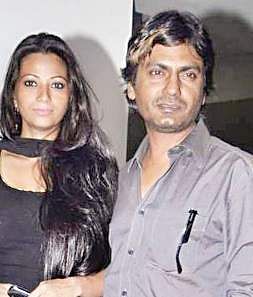 According to the rumours the couple has parted ways.

The couple is saying to be living separately after 8 years of being together.

Sources reveal that she along with her daughter Shora and son Yaani has left him and gone back to their home town. It is also said to have that the actor has been living alone from a while now.