The Swara Bhasker interview: 'Why are films about women put into the chick flick genre?'

Actress Swara Bhaskar believes that her upcoming Veere Di Wedding is rather feminist in how it portrays women being unapologetic about their gender. 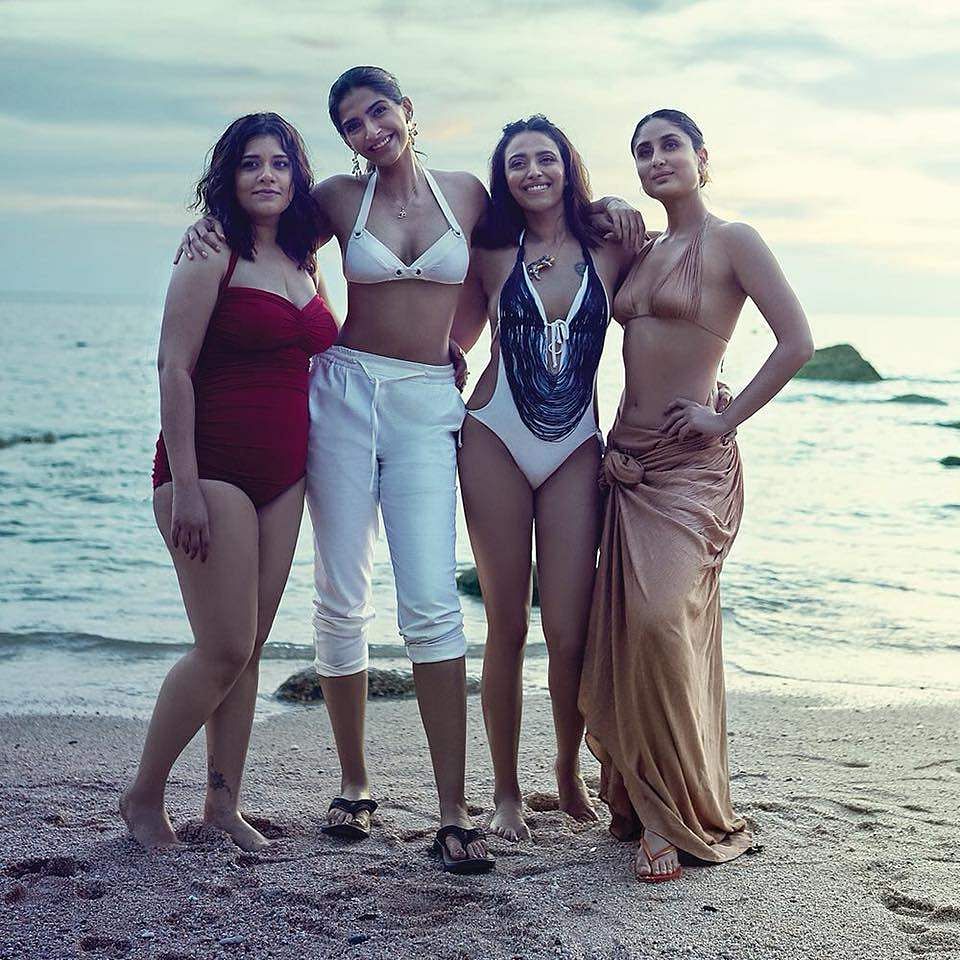 If Swara Bhaskar had a time capsule in which to preserve her performances, she would choose two of her roles: in Anaarkali of Aarah and Nil Battey Sannata respectively. The actor is known for her impactful, diverse roles – be it as a supportive best friend in Tanu Weds Manu or the insecure daughter in Listen… Amaya, in which she played an urban character. Swara, who is trying to break the shackles of being categorised as an ‘art film actor’, is awaiting the release of Veere Di Wedding this week, in which she’s co-starring with Kareena Kapoor Khan, Sonam Kapoor and Shikha Talsania.

Swara plays “a rich, entitled, spoiled brat who’s fond of swearing”, a character quite far removed from her real-life persona. “Sakshi is not a bad person,” Swara says, adding, “She's just privileged, has insane money and a certain entitlement and swag that comes with being rich. At the same time, there’s something endearing about her. She's just a really blunt person who means no malice.”

Sakshi was a hard character for Swara to play because she couldn’t identify with her class and snobbery, and found her repugnant. “The big reconciliation was having to adjust to her ‘class snobbery’. I’ve tried to humanise her as best as I could.” The main aspect of Sakshi that Swara could connect to was her foul mouth. “I've always felt that swearing is not as bad as it is made out to be. She's rather blunt too, and I can be like that sometimes, even if it doesn’t come from the same place. She’s also wild and fearless, traits I can identify with.”

The actor has also tried to bring in a certain ‘Delhi-ness’ into the dialogues. “I didn't want to play a cardboard cutout. So I gave her a language that is very real and very Delhi. My logic is that she is rich and her parents probably didn't have time for her. So, she’s grown up spending time with the watchmen, the maids, and the drivers. As a result, when she opens her mouth, she sounds like how someone would in the streets of Delhi. It’s all to make the character realistic,” she says.

The trailer gave rise to some obvious comparisons with Sex and The City, which also is a story centred around the friendship between four women in New York, with a wedding thrown in. Swara nonchalantly says, “Veere… is way better than SATC.” The team is also insistent that the film not be labelled a chick flick. “It is a limiting label,” she insists, adding, “Why does everyone want to put every film that is about women into this genre? In the 100 years of Indian cinema, most films have been about men, but have we ever called them male-centric films or dude-flicks."

"You never do that to a film about bromance; you call it a film about friendship. When you label films about women as chick flicks, you’re making it abnormal. Stories headlined by women need to be normalised, and Veere Di Wedding remains not self-conscious about gender and that is liberating.” She clarifies that these opinions aren’t because she’s a feminist.

“Although I'm proud to be one, of course. I think the film is empowering because it shows women being unapologetic and treating their gender to be quite incidental. I think if you took the four girls out and put four boys, the story wouldn't change much.”

She says working with Sonam, Kareena and Shikha was a blast. “They were all thorough professionals and all of them were secure in their identities as actors, despite coming from very different backgrounds.” she signs off.

Now we are on Telegram too. Follow us for updates
TAGS
Anaarkali of Aarah Veere Di Wedding Swara Bhasker Nil Battey Sannata