Harshdeep Kaur's earthy songs with a contemporary twist for 'Manmarziyaan'

Express reached out to singer Harshdeep Kaur - who has voiced the tracks, "Grey Walaa Shade", "Chonch Ladhiyaan" and "Jaisi Teri Marzi" in the album of Manmarziyaan. 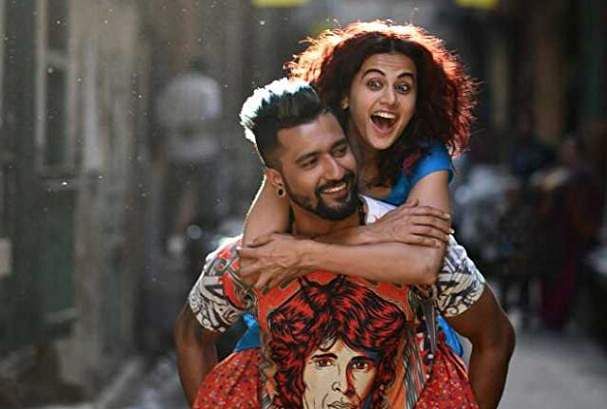 A scene from Manmarziyaan (Photo | IMDB)

Anurag Kashyap and Amit Trivedi kicked off the album tour of their upcoming film, Manmarziyaan, in Mumbai on Sunday. The musical event was graced by the film's lead actors - Abhishek Bachchan, Taapsee Pannu and Vicky Kaushal - as well as the 20 powerhouse singers who have contributed to the album. The cast and crew will be travelling to various metropolitan cities with the tour to promote the film.

Express reached out to singer Harshdeep Kaur - who has voiced the tracks, "Grey Walaa Shade", "Chonch Ladhiyaan" and "Jaisi Teri Marzi" in the album of Manmarziyaan - and found out more about the film's music: "Manmarziyaan has brought back the old trend of listening to a film's album and then waiting to see the visuals. The idea of releasing every song individually has paid off. Amit told me that Manmarziyaan is a very Punjabi film filled with modern, urban characters. The tunes are earthy and soulful, even though the arrangement is very Amit Trivedi."

When asked to pick a favourite, Harshdeep says, "I think people seem to really like "Grey Waala Shade". It has a very interesting twist and is different from what we are used to hearing."Speaking about her previous big hit, "Dilbaro" (from Alia Bhatt-starrer Raazi), Harshdeep shares, “I feel lucky that composers call me for such songs. It's one thing to sing but quite another to convey emotion.

When I was recording for "Dilbaro", I imagined my own wedding and the pain of leaving my house. That emotion, I guess, resonated with the audience."Produced by Colour Yellow Productions and Phantom Films, Manmarziyaan is scheduled for release tomorrow. The film has been shot in Amritsar, Delhi and Kashmir.twist

Now we are on Telegram too. Follow us for updates
TAGS
Manmarziyaan Taapsee Pannu Amit Trivedi Anurag Kashyap Abhishek Bachchan