I am attracted to whacky characters, says Nidhi Bisht

I always wanted to be a part of the industry. Bollywood happened to me very early in life.

One of the key members of TVF, the originally Delhi girl, Nidhi Bisht wears several hats - actor, writer, casting director and director and has worked on web-series like TVF Pitchers (casting director), Permanent Roommates (assistant director), Bisht, Please! (writer and actor) and PA-Gals (writer and director). Besides, she has also done small but engaging roles in films like Phillauri, Umrika and recently released Dream Girl that saw her playing ‘Pooja ka aashiq no 3’ (third lover of Pooja), a call girl played by Ayushmann Khurrana. As Nidhi returns with another web-series, Cubicles, which takes a candid take on the life of millennials who are ready to dive into the corporate world and sees her playing the sarcastic tough mentor, Indulge caught up with her for a chat. Excerpts: 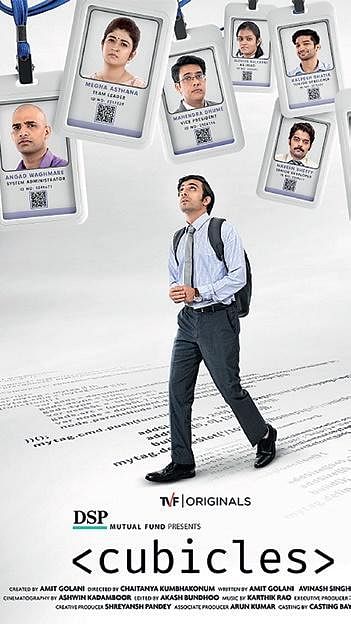 You have studied from Jamia Millia Islamia University in Delhi and have pursued a career as a litigation lawyer, how did acting happen?

I always wanted to be a part of the industry. Bollywood happened to me very early in life. My brother and I would mimic actors in our childhood but I also had that Three Idiots’ scene at home where my father wanted my brother to be an engineer and me to be a doctor but since science stream wasn’t my cup of tea, I took humanities and then he suggested me to do law. But, during my school and college days, I would actively participate in theatre and was a part of Indian People’s Theatre Association (IPTA). After graduation, I had applied to FTII but couldn’t get through and then dad asked me to take up a job hoping that once I would start earning, I will forget about my ‘passion’. Then I started working, I was a proper litigating lawyer and was working under Pratibha Singh, who is now a High Court judge. I was doing a play which had a lot of former IITians and I would wonder what would have been the tipping for them to quit what they were doing and pursue their passion. During another play, Shit Happens, I realised that my tipping point has come and I went to my dad and told him that I want to go to Mumbai and I came here.

From the thought of pursuing acting to actually doing it and surviving in Bombay, how did you go about it?

My father had clearly told me that I have two years to pursue my passion and after those two years, I should be earning enough money as any law firm would pay me. So, I came to Mumbai and started teaching drama to kids in a drama school while working with some theatre professionals. In Mumbai, I had to roam around and soon I realised that I will have to create opportunities for myself. So, I directed a play, Who Let The Dogs Out and where I met some fabulous people who are now the stars of the digital platform. Slowly one thing led to another and I got introduced to the people who were working at TVF and it was in its early stages and I was the only girl they knew so I started getting all the roles written for a woman and now it has been 10 years in Mumbai.

You wear so many hats at TVF, which one do you enjoy the most?

In  the beginning, I was wearing several hats and I am good at fitting in. At my home, in my wardrobe, I have kept all the hats and depending on the need, I put one on. For instance, if anyone wants to come over for a creative jam, I put on my writer’s hat. If someday I get a really interesting script which excites me to direct it, I take on that role and as I said, acting is my first love. I think I am a chameleon that way (laughs).

You have been a part of the web since it was in its nascent stage. How do you see the medium now?
The good thing that I’ve realised is that there’s a lot of work. The other day I was talking to a writer friend and she’s booked until October next year and it feels great to hear that a writer has so much on her plate. The same is happening with actors. When we started out, it took time for people to realise what the medium has to offer and now, film stars call us because we have a wide reach. And, even films have taken their work seriously.

Your favourite project so far.

Right now, I am really excited for Cubicles. Besides this, I really enjoyed writing, acting and directing Bisht, Please! And, obviously, you can’t take away Permanent Roommates.

Stay up to date on all the latest Entertainment Hindi news with The New Indian Express App. Download now
TAGS
Nidhi Bisht TVF