MUMBAI: Actress Madhuri Dixit Nene took to Instagram to share an emotional note for her younger son Ryan on his birthday.

The note for Ryan, who turned 14 on Friday, read: "Can't play with you like this anymore, can't believe how fast have you grown up. Happy 14th birthday Ryan." 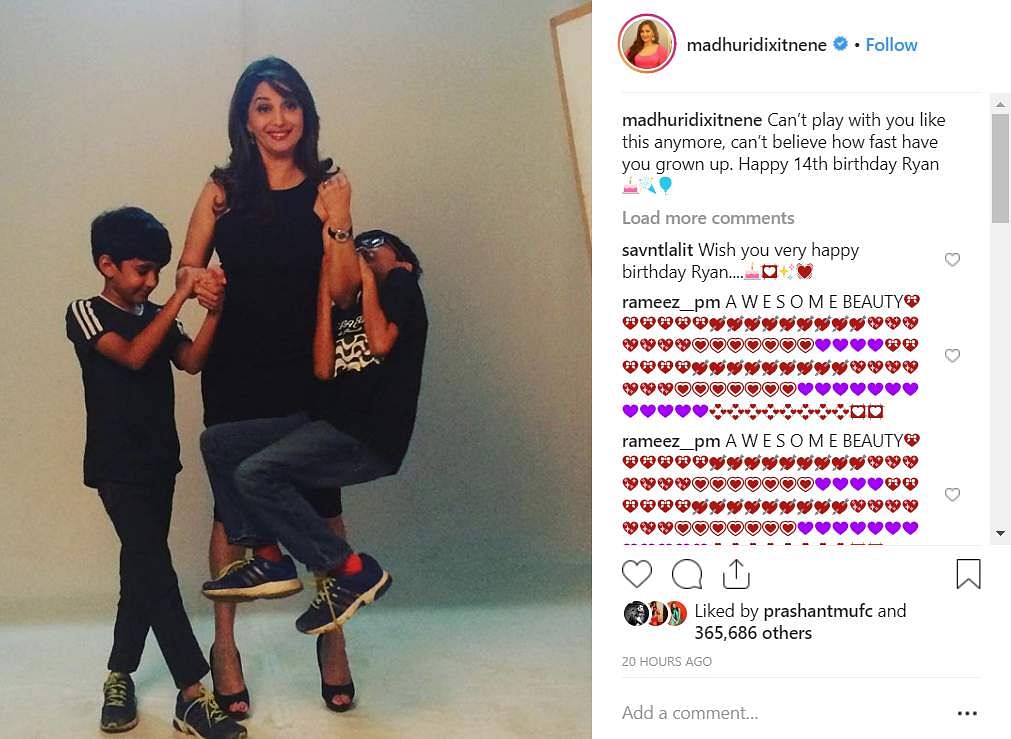 She also shared a photograph in which she can be seen having fun time with her sons Ryan and Arin.

In an earlier interview to IANS, Madhuri spoke about her love for "kids".

She said: "I wanted to enjoy new phases of my life. I wanted to have kids, and apart from work, I have had other dreams for myself which I wanted to fulfil. I love my sons and I wanted to spend good quality time with them during their initial years. So after giving birth to my sons, I didn't do films."

On the work front, Madhuri will next be seen in the epic drama 'Kalank' after featuring in the comedy film 'Total Dhamaal' this year.