Manoj Bajpayee, who has done several plays before stepping into Bollywood, weighs in, “Actors from a theatre background are highly trained individuals.

What do Naseeruddin Shah, Shah Rukh Khan and Pankaj Kapoor have in common? They have enjoyed a successful career both on stage and on screen. In fact, some of the best actors we see on the silver screen today are those who’ve wet their feet at the altar of theatre. From Jim Sarbh to Nawazuddin Siddiqui, actors with a stage background are uninmitable with their raw talent and power-packed performances. Ahead of World Theatre Day, March 27, we try to unravel whether stage actors are more seasoned and trained than screen actors.

Manoj Bajpayee, who has done several plays before stepping into Bollywood, weighs in, “Actors from a theatre background are highly trained individuals. They come from a set-up which is an actor’s medium. They learn to act in all kinds of circumstances and are well-equipped to emote on any platform.” Agrees Nimrat Kaur, who has also done theatre before graduating to films. She points out that a formal training on stage helps those who are not from the film fraternity. 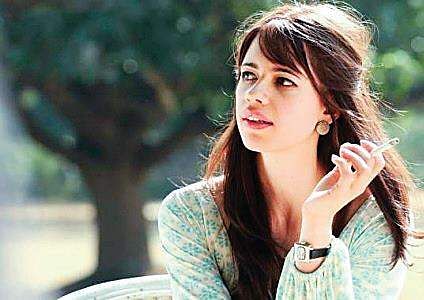 “Theatre teaches patience and perseverance in a completely different way. Especially for someone like me who is a complete outsider. I don’t belong to a film family. Everything that I have learnt is from the stage. Not only does it train you as an actor, it also gives you life lessons. I have learnt a lot about life through theatre. It has given me a sense of belonging that is not just limited to acting. For me theatre is a way of life,” says the actor.

Unlike most vocations, acting does not require any formal training. While a background in theatre does give actors a grounding in the industry, Rajkummar Rao points out that it is not a pre-requisite to have a good career in films.“Either somebody is a good actor or he is not. Aamir Khan hasn’t done any theatre but his acting is one of the best in the country. It’s a lot to do with the gift that you have. Some people are just gifted and then they nurture their talent and they make it better.

Either an actor knows his job or he doesn’t.” Maintaining a balance between the two mediums, actor and playwright Manav Kaul agrees that stage actors do have an edge over others.“Theatre and films are performing arts. If someone is performing on stage, it’s very easy for him to adapt. Someone who is doing theatre regularly like Naseeruddin, they interpret characters in a completely different way. I feel that they do have an edge over other actors and its interestingly to see their performance.”

Similarly, Kalki Koechlin also juggles a successful career on stage and in films. The 35-year-old, who has written and acted in several plays, claims acting in theatre has its own merits and demerits, “Some theatre actors find it difficult to adapt to screen because they are a little over the top for the screen, while other use the confidence and emotional maturity that they learn on stage and manage to use it in films.”

It is well known that many film and television actors got their start on the stage, but it’s fairly rare that celebrities return to their theatre roots once they get behind the camera. Richa Chadda explains why actors don’t return to stage after finding limelight, “Actors in Hollywood are seen in Broadway so often because it makes financial sense.

The more money an actor makes on the job, the easier it becomes for them to have the luxury of choice.” Even those who have managed to strike a balance find it hard to be committed. “It’s so difficult to survive on theatre. There is no support or funding. It becomes a work of passion for some people. I find it difficult to handle both. There are times when I have to take a complete break from it,” says Kalki.