​The show, curated by Pranamita Borgohain and Monica Jain, experiments with viewers’ reactions with the concept.

NEW DELHI: A new art exhibition titled, The Signature in the Image, as the name suggests ruminates on the appeal of a signature on an artwork. Featuring eight artists,  including Avijit Dutta, Balagopalan Bethur and D Priyanka, it brings forth paintings, sculptures and installations under one roof.

The show, curated by Pranamita Borgohain and Monica Jain, experiments with viewers’ reactions with the concept. Jain who is the founder of Art Centrix speaks with The Morning Standard. 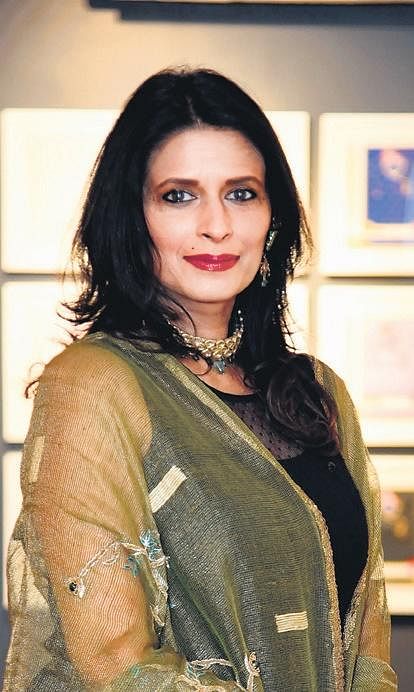 What led to the curation of The Signature in the Image?

When we plan to buy an art piece, most of us look for its creator. We value a work on the basis of its author. The authorship matters. But as a gallery owner I wanted to challenge myself. I often wondered whether an artwork can sell if it doesn’t carry the signature of an artist. So, I requested the participating artists to let me display one such artwork that’s different from their usual style to gauge people’s reactions.

How has been the response so far?

It has been great as people are enjoying the show. It is risky though, but as a gallerist I wanted to take that risk — to break from the usual way of displaying art as also opening a space for discourse.

Could you give us the historical context on signatures on artwork with respect to India, its importance and value for both artists and collectors?

This is an important show as it questions and yet asserts the need for signature in the Indian context. Historically, India doesn’t have a tradition of either signature or chronology. This came about more with the Mughals and the British thereafter. The idea of a signature in art is also a Western phenomenon and we see works of European artists studied specially since the 13th century. In India, during earlier times patrons of arts were the kings and artists devoted their work either to the king or god. In the contemporary world, the patron of arts are different. Signature is important as art is now meant to be collected.

How did you pick and choose these art works?

As the name of the artist gained prominence, the artworks by old masters came to be sought after. Today’s artists are tomorrow’s master artists. Thus the selection of artists, both mid-career and established, is based on this premise. I am looking at a sequel to this show in future to relook this idea and what it would mean with the same and more artists.

Now we are on Telegram too. Follow us for updates
TAGS
Avijit Dutta Balagopalan Bethur D Priyanka