I took a one-way ticket to India, It paid off: Priya Anand

Every actor, particularly heroines, are careful about their debut in a film industry. A pan-Indian actress like Priya Anand, who has put in seven years in the industry and who has worked in different languages, would know which project to pick for her Sandalwood debut. She chose to start with Puneeth Rajkumar-starrer Raajakumara.

Priya, in a conversation with City Express, says that this is the fifth film industry she is stepping into and this movie is the biggest commercial project of her career. She is also well aware of the star power the movie packs.

“Another reason to pick this movie was director Santhosh Ananddram,” she says, “I watched Mr and Mrs Ramachari by chance, with my friends, when I was in Bengaluru. It was an impressive debut and I realised what Santhosh was capable of. I picked Raajakumara because it aligns with my aesthetic sense, both in terms of moviemaking and the script, and then there was also the director’s previous work... it was a blockbuster hit,” Priya adds. 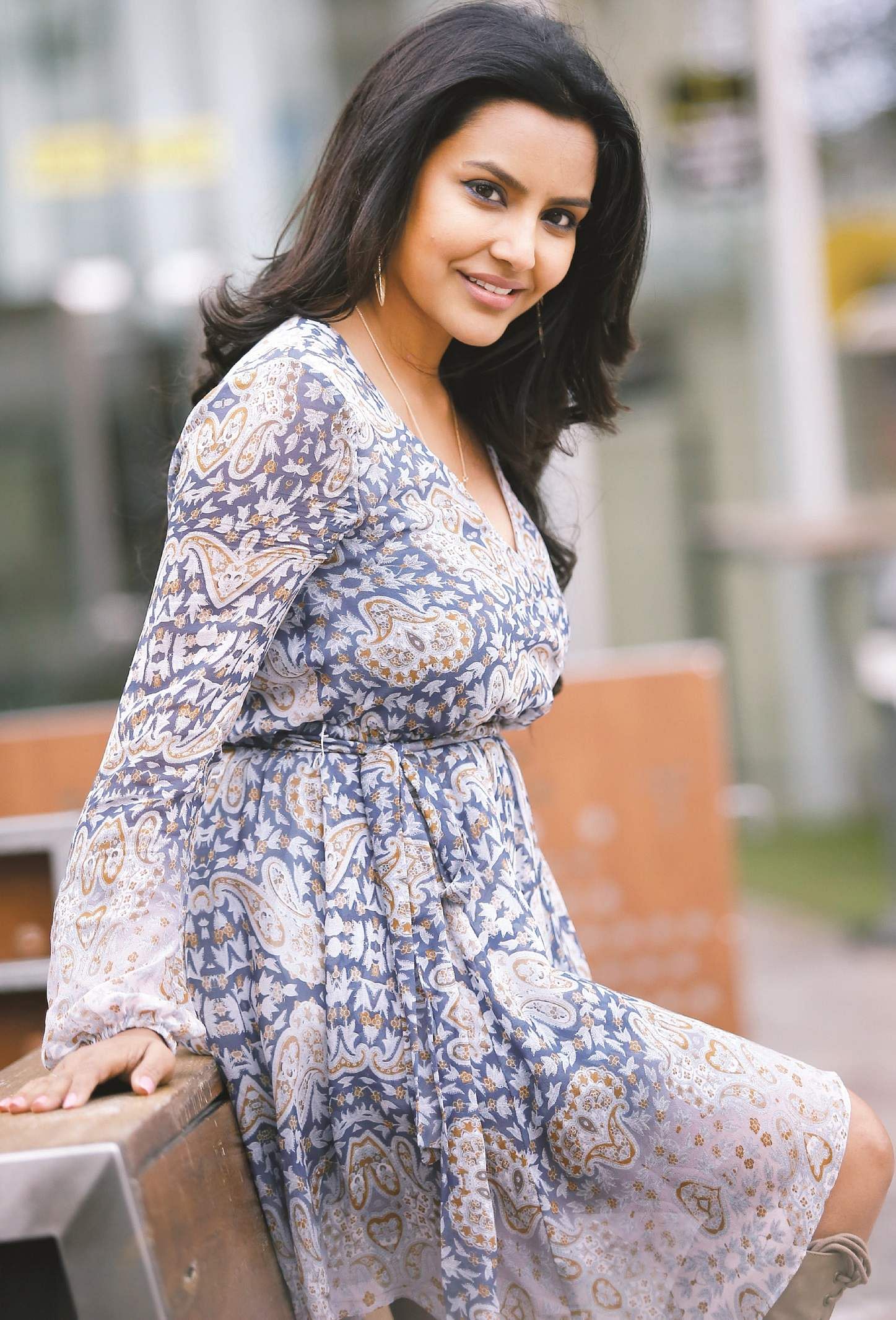 The actress, who was brought up in US, says that she is fond of Indian commercial films and has seen how the audience connects with such films. “I loved the way Santhosh’s first movie connected with masses and
attracted the family audience,” she says. “The same way, Raajakumara, is for all age groups and I am glad that such a varied group of people will see me on the silver screen.”

Priya believes it is the perfect time to make a Sandalwood debut. “The industry is changing with new-age filmmakers and novel scripts,” she says.

She plays a salsa teacher in Raajakumara, and Priya found it “very amusing” to teach dance to Puneeth who is a fantastic dancer himself. “I couldn’t believe that I had to teach Puneeth how to do salsa,” she says. “I kept telling the director to change that about my character because nobody will believe that anyone needs to train Puneeth in dancing... I thought it would be the silliest thing to do, because everyone knows that he is a super dancer. But that was the character I was assigned.  I used to make excuses but Puneeth was very encouraging and dealt with all of it patiently. He is one of the best persons I have met, in all my years.”

With Raajakumara made with an ensemble cast, Priya was thrilled to meet the creme de la creme of Kannada industry in one movie. “And so was my mother and aunt,” she says, “Who met Anant Nag when they came to the sets of the film, while shooting in Goa.”

Actresses rarely get a chance to work across different languages. “Perhaps my versatility is an advantage,” she says. “I look like I could be a Tamil, Telugu or a Malayali girl. My director of Fukrey cast me thinking I was Punjabi.”

Growing up abroad and moving to India to be part of the film industry has been an  exciting journey, Priya says.  “I came to India to also be director Shankar’s assistant, but life had other plans and I became an actor,” she says.

“But even today, what excites me the most is what happens behind the scenes. I always seek out technicians for conversations, even if they are first timers... growing up in the US, I believe in the dignity of labour. I have done part-time jobs and had even been doing gardening for a person before becoming an actor.”

Priya feels blessed to have achieved what she has so far. “I was at the premier show of English Vinglish, with Sridevi on one side and Rajini Sir (Rajinikanth) on the other side.  I was this little girl who packed and bought a one-way ticket to India, which turned out well,” she signs off.