After a blockbuster Kannada debut, Priya Anand is said to be signing her second project in Sandalwood

Having amassed popularity among Sandalwood fans with her Kannada debut that went on to claim the title of the “blockbuster film of the decade”, Priya Anand will be soon back on the silver screen to steal some more hearts. 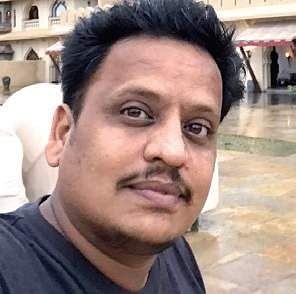 The project comes after her performance in Puneeth Rajkumar starrer Raajakumara directed by Santhosh Ananddram. If one is to go by the buzz doing the rounds in the industry, Priya has been approached for Ganesh starrer Orange, a film helmed by Prashant Raj. The makers who were keen to have the actress on board have already finished the first round of talks on the casting.

“It is now just a matter of time until the actress signs on the dotted line, after which the makers will make an official announcement,” says our source. The actress is currently out of country on a family trip.

The production house is waiting for Priya to be back to India to complete the formalities.
Sandalwood will be more than happy to see the hit combination of Zoom associating with Orange. The is a thorough entertainer and the fresh pairing of Priya and Ganesh will be interesting to watch out for.

The title launch of Orange took place on Ganesh’s birthday. The film is set to start from October when Ganesh will be done shooting for his film Chamak.

Orange will have music by Joshua Sridhar with cinematographer Santhosh Rai Pathaje and stuntman Ravi Verma on the team.

Now we are on Telegram too. Follow us for updates
TAGS
Priya Anand Orange Puneeth Rajkumar Sandalwood