Actor’s success hinges on story of a film: Diganth

Diganth’s Friday release, Katheyondu Shuruvagide, is creating much buzz. And this buzz reminds him of pre-release days of Lifeu Istene.

Diganth’s Friday release, Katheyondu Shuruvagide, is creating much buzz. And this buzz reminds him of pre-release days of Lifeu Istene.“It’s the same way I felt six years ago when I did Lifeu Ishtene,” he says

Diganth has no qualms in saying that he relies on a good story, and is an important factor while signing a film.

“There are stars in all the industry whose presence itself makes a difference to the film. But, I think, for me an actor’s success hinges on the story of a film. That’s why I signed on Kathe Yondu Shuruvagide, which I felt has elements- story, songs and technicalities-- which would bring out the best in me,” he says about the film helmed by Senna Hegde has three parallel storylines, all of which take place in a span of four days. 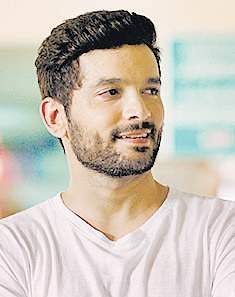 Today, Diganth  is an household name. But once upon a time, he was a struggling actor in search of work. “After Miss California, I didn’t have any work and I didn’t have a clue about what to do next. On the home front, I had told them that I will take care of myself and not to worry about me. Ten years ago, people assumed that those who weren’t interested in studying got into films. I fought with my father to be in the industry, and unfortunately my first film didn’t do well. It upset me to no end since I was out of work after that.

I used to go around Gandhinagar meeting people, and at one point even gave up. That’s when I took to modelling and did commercial ads just to make ends meet. I survived by doing small roles. When Mungaru Male came my way, I rejected it because I wanted a film which would make me a full-fledged hero. I was considered for that role because I was a model, and not because of my acting skills.

It was Sudha Belawadi’s husband, Sathya who is into production told me that I should take up and got into it. Looking back, I’m so glad I took up the film which changed my life for the better,” he says.

Diganth, who ventured into Bollywood with Wedding Pulav will once again be seen in a Hindi film. This time, he will don the role of Rama in Kunal Kohli’s upcoming directorial. The film is an adaptation of the Ramayan. “It will be done in a two-part series.

I will be playing the role of Rama. In terms of making, the director is looking at the Game of Thrones. Large amounts are being spent on graphics,” says Diganth, who will start shoot for the film in September after which he will join Suni’s film.

Now we are on Telegram too. Follow us for updates
TAGS
Katheyondu Shuruvagide