Mention Dhruva Sarja’s name, and his fans immediately want to know the status of his next film, Pogaru, directed by Nanda Kishore. We hear that the script of the film has been fined-tuned.

Mention Dhruva Sarja’s name, and his fans immediately want to know the status of his next film, Pogaru, directed by Nanda Kishore. We hear that the script of the film has been fine-tuned. 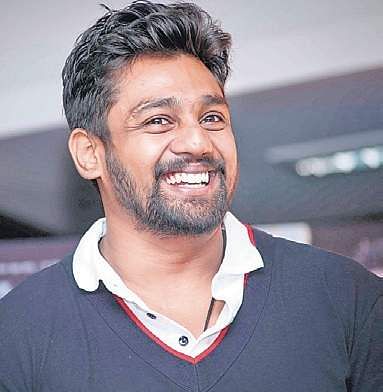 “Meanwhile, I am also working on getting back to my regular self. We will be starting our next schedule from August end, before which the team plans to come out with the first look of the film,” says Dhruva, who adds that the director is planning an extensive schedule.

Dhruva was given the task of losing 30 kilos to get into the shoes of a school boy. The actor, who completed the shooting of the first schedule required some time to gain back the weight he had lost. “I have taken time, but every minute has been well utilised. Fans will not be disappointed,” says the Bharjari hero.

Meanwhile, Dhruva also plans to simultaneously take up his project with Uday Mehta, for which he is associating with Nanda Kishore again. “That’s the plan, but I will be able to give more details as and when I have a schedule and plan in place. As on now, I will be concentrating with Pogaru,” he says.

Now we are on Telegram too. Follow us for updates
TAGS
Dhruva Sarja