The themes of Lijo Jose Pellissery 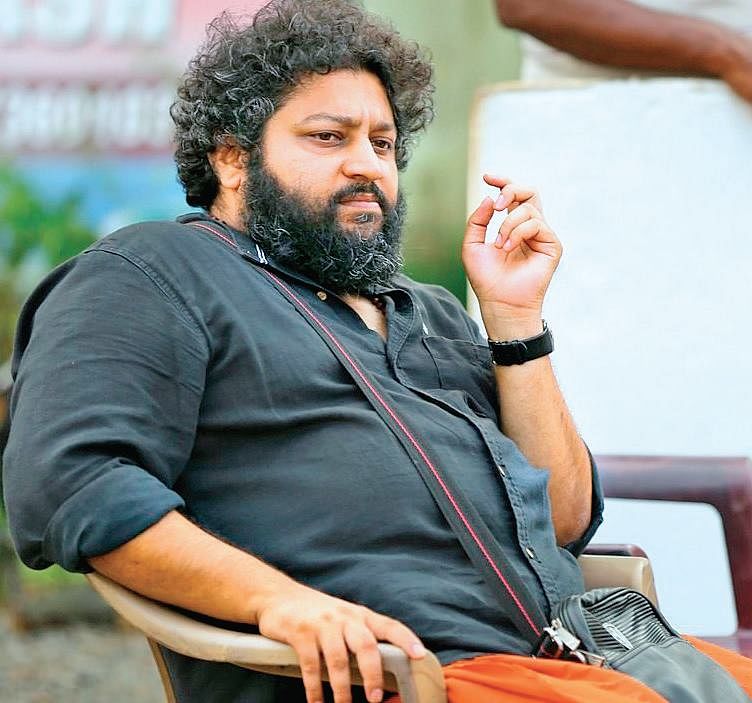 When we deal with a wave, in cinema, we deal with its patterns, quirks, techniques and themes that repeat over and over with time, films and filmmakers. The films may be vastly dissimilar in several aspects but may stand the test of time as companion pieces, with one springing from the other or one leading up to the next. It could be the same director's work – the auteur – or films of different directors who appear to have graduated from the same school.

If not school, they are the kind who have a private club, which may just be the wall in the street corner where they jam ideas. So this might well be a repetition, but the Malayalam filmmakers of this decade stay very close to their roots.

They stay close to what they know and are unafraid of baring their world and culture on screen. In Malayalam, they also seem to stay close to each other. One produces the other's films. One is an actor in another's film. They are each other's scriptwriters. This is not new. This is how a thriving artistic community is built and there is no filmmakers' collective healthier than that of Malayalam in Indian cinema today.

Lijo Jose Pellissery does not care for the individual. His concerns are firmly rooted in the community. Specifically, the Christian community and its various facets in Kerala. If it was the Syrian Christians in Amen and Angamaly Diaries, it is the Latin Catholic in his latest film, Ee Ma Yau. Pellissery's films don't follow a main character's life, instead they use the character as a pivot around which the community he belongs to comes at odds with his motivations, his struggles and his frailties. Maybe that's the reason his camera never stays still or focussed on one place.

It moves, relentless in its pursuit of the next member who has a stake in the proceedings. The tracking shots serve this purpose, of moving away from the individual, from one person to the other, from him to her to the next. How have the events of this day impacted each one in the camera's path?

One such tracking shot slips Ee Ma Yau – which deals with the chaos of a funeral in a parish in Chellanam near Kochi, Kerala – into top gear when the drunk Vavachan Mesthri literally drops dead on the floor of his house. Pellissery's focus does not stay with the family for more than a few seconds. It immediately goes after his daughter-in-law who has just rushed out to call for help. She goes to their immediate neighbour, who orders the members of his family to follow the daughter-in-law back to her place, and himself goes further to bang the door of the house next door.

Together they return to Vavachan's house where, by now, the village has gathered, and we'll soon meet every character whose night is torn asunder. We don't need everyone's background and we don't even register everyone's names. The father-son drunk speak that Vavachan and his son Eeshy shared gives us everything. Their penury, someone owing Eeshy a lot of money, Eeshy's inability to pay the regular church donations, and therefore making clear the kind of iro – handed control the church has over the parish.

This church vs people conflict once again takes centre stage in a Pellissery film, this time written by PF Mathews. While Angamaly Diaries did not train its lens specifically on it, Pellissery's Amen (2013) made it its raison d'etre. If it was Father Ottaplakan who turns against the villagers in Amen, in Ee Ma Yau, the vicar Zachariah assumes responsibilities for everything other than peace in the parish. Like in Amen, here too there is a troublemaker, a minor character but a rumour monger, who sets a lot of things in motion against the smooth preparation for Vavachan's funeral.

The Syrian Christian church's control in Amen is a parallel to the Latin Catholic church's control in Ee Ma Yau, the latter further divided along caste lines, the coastal parish mainly consisting of fishermen. In Amen, the Father says only he has the authority to take a decision on the church's band, Solomon's marriage to Shosana and also on the demolition of the church that has been suggested. Ee Maa Yau goes a step further. At one point, Ayyapan – a lower caste Hindu man and Eeshy's best friend, who goes out of his way to help him with the funeral – cries to the skies beseeching, won't a man be left alone to do as he wills, even in death? And he says these lines in front of the police officials to whom he runs after the church had already abandoned Eeshy's family. One oppressor to another.

The magic realism of Amen isn't far behind either. While angels and saints physically manifest in Pellissery's earlier film (Amen begins with explicit mention of John 4:48: "Unless you see signs and wonders you will not believe"), in Ee Ma Yau, the gravedigger has a vision of angels. Or so he claims. Two mystical characters, very close to Death himself, are shown playing cards, offering commentary on their dealings seemingly unrelated to events of the film.

Clarinets are ubiquitous in Pellissery's films – one breaks in Amen and the funeral band member plays with a broken one in Ee Ma Yau. The result is a cacophony consisting of the band's music, the wailing of relatives and the utter helplessness of Eeshy's family. All of this served with dark humour, Pellissery creates magic within the confines of his reality.

Gautam Adani slips to 7th spot on the world rich list; net worth declines by over USD 22 billion

Suryakumar a trailblazer, will bring about global revolution in T20 cricket: Ponting