The film, directed by Nanda Kishore, stars Rashmika Mandanna as the female lead

Dhruva Sarja’s upcoming film Pogaru is making the right kind of noise before its release, The film has been creating hype with its posters, teasers, and with the popular Karaabu song, which has gone viral. 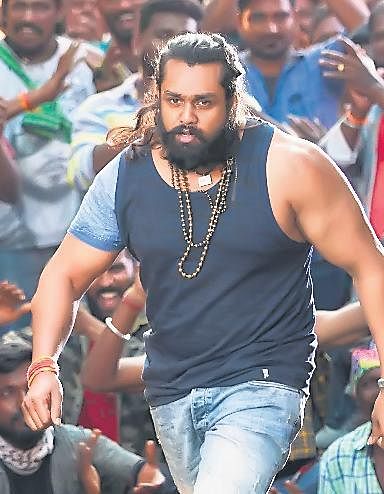 Now, the Hindi rights of the mass commercial entertainer directed by Nanda Kishore has been sold to Bollywood producer R K Duggal for a whopping Rs 7.2 crore.

This is said to be the highest for the four-film-old actor.  The Kannada film, which will also have a Telugu version, will now be dubbed and released in Hindi as well.

The makers are happy about the pre-release business for the movie during the pandemic period. Produced by BK Gangadhar, Pogaru stars Rashmika Mandanna as the female lead.

The cast also includes Dhananjay, Mayuri, Ravi Shankar, Chikkanna and Kuri Pratap. Director Nanda Kishore wants to cash in on the year-end seasonal holiday and the upcoming New Year, or the festive occasion of Sankranti, and plans to release it on December 25 or January 14.  Pogaru has Chandan Shetty’s music, and cinematography by Vijay Milton.

Now we are on Telegram too. Follow us for updates
TAGS
Pogaru Dhruva Sarja