Ramesh Aravind’s next to be a sports-based film

The actor-director has always talked about his craving for new roles and he is now laying his hands onto a new genre.

Ramesh Aravind is looking forward to the reopening of theatres, after which he will plan the release date of his upcoming crime drama, 100. Currently, the filmmaker, who is known for his versatility, is busy with writing the script of his next.

The actor-director has always talked about his craving for new roles and he is now laying his hands onto a new genre. “My previous film, Shivaji Surathkal directed by Akash Srivatsa, has given me the boost to try out new characters. Now, I am attempting a sports genre, and have almost completed the script for it. Once the climax is written, I will start the pre-production work,” says Ramesh, who didn’t disclose further details. 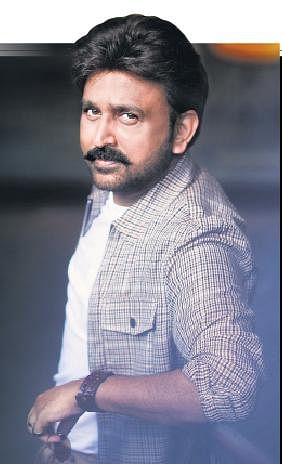 “In today’s scenario, when the entertainment industry is in the Amazon and Netflix era, viewers are getting used to watching niche stuff. As filmmakers, we better smarten up. First of all, completing the script itself is a huge circus, and I am happy that I am almost done with the story. I might take another one or two months for the preparation work. I plan to take the film on floors in December 2020,” he adds.

Ask Ramesh whether he is looking at a wider market for his upcoming sports drama by making it a multilingual film, and he replies, “It is too early to talk about it. Of course, since it is a sports drama, it will be made with a huge budget. I am looking for an additional market, and I have to see if the logistics work out.” He is now eager to see the impact of the pandemic on the box office. “Celebrating a ` 100 crore hit was something we witnessed often before the coronavirus outbreak. However, I don’t know what the situation is going to be once theatres reopen. We don’t know what the new normal highs are going to be like. I am keeping my fingers crossed,” he says.

Though not much work has taken place in 2020, particularly in the entertainment industry, Ramesh is thankful that he had a hit before the lockdown, and that he has a  film ready for release. “I am in a comfortable position, where I have a hit film Shivaji Surathkal behind me, and a good film like 100 in hand,” he says.

B’day song for the birthday boy
Rangu Rangu party iva...a birthday song from the upcoming film 100 will be unveiled on Ramesh Aravind’s birthday, which falls on Thursday. The song, composed by Ravi Basrur, will be out at 10 am. “There is a birthday track in my upcoming directorial, 100, and the team thought it was apt to release it on a birthday,” says Ramesh Aravind, who adds that the purpose of the song was to create a birthday anthem that can be played for anybody’s birthday.

“Owing to the pandemic, it has so happened that the song is getting released on my birthday itself,” Ramesh chuckles. The film, produced by Ramesh Reddy under the banner of Suraj Productions, will be Ramesh Aravind’s next to be released after Shivaji Suratkal. The actor will be seen as a cop in the movie that also stars Rachita Ram in the lead, along with Poorna, and others. DOP Sathya Hegde has cranked the camera.

Enjoying new passions
Ramesh Aravind is a filmmaker who cherishes and celebrates every moment of his life. “I have this childlike excitement, and I need to keep on doing something. A new script or a role has always kept me on my toes. But it was not possible during the pandemic. So apart from writing my script and listening to stories, my latest passion is drawing. This is something I had done in Class-7, and never pursued it seriously in my life. Not that I am an expert, but it was something that came back and I enjoyed it. Secondly, I have never gone into the kitchen in my life except to make coffee. At present, cooking has become one of my latest passions. I am burning a few dishes and throwing them into the bin, but at least I am now aware of what is what,” he laughs.