The first look poster of Nithya Menen from her upcoming social drama, Gamanam, was released by actor Sharwanand today. 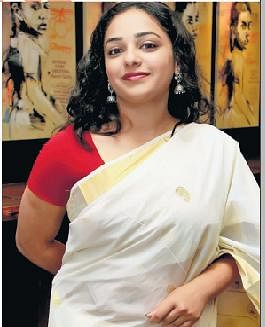 The first look poster of Nithya Menen from her upcoming social drama, Gamanam, was released by actor Sharwanand today. The Ishq actor plays the role of Shailaputri Devi, a classical singer, in the film that will be released in Telugu, Tamil, Kannada, Malayalam and Hindi.An anthology of three stories, Gamanam is being directed by Sujana Rao and also features Shriya Saran, Shiva Kandukuri, and Priyanka Jawalkar as the other leads.

Recently, the makers have unveiled the first look poster of Shriya, who plays a mute girl in a de-glam avatar, on the occasion of her 38th birthday.The shooting of Gamanam has already been wrapped up and the post-production work is underway. Music of the film is by Maestro Ilaiyaraaja.

Now we are on Telegram too. Follow us for updates
TAGS
Nithya Menen Ganamam