Upendra-Shashank collaboration to begin in April-end

The filmmakers have hopped back to the original script, which was agreed upon before the pandemic; the family drama will be shot in three seasons

Upendra, who completed filming his portions for a Telugu film, resumed shooting for R Chandru’s Kabzaa on March 3. He has now assigned dates for his next, in which he is working with director Shashank. It will begin in April-end, and the Real Star will be juggling these two projects. The film, which was officially announced by the actor-director two years ago, got pushed for various reasons, and the pandemic further delayed the project. In the meanwhile, the makers had plans to change the subject. However, they have now moved back to the old script, which was agreed upon before the pandemic, and which narrates a family drama. 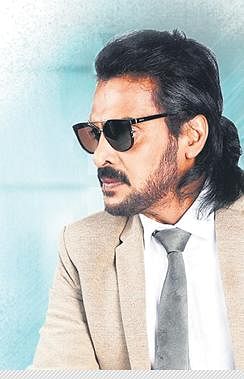 Along with Upendra, the yet-to-be-titled project will have 10 major characters coming into the picture. While a few artistes like Rangayana Raghu and Achyuth Kumar are already on board, the team will be finalising the rest of the actors soon.

As for the heroine, Rukmini Vasanth, who was the initial choice, had to exit the project owing to her commitment with Hemanth M Rao’s project, and the director is now on a hunt for a new heroine.

The shooting of the film will begin in Belagavi, and it will be canned in three seasons. “We will begin in summer, and wrap it up in early monsoons. A few portions will be covered in Bengaluru city, which blends with the story,” says director Shashank, adding that the backdrop moves between a urban and rural setting.

For Shashank, who turned producer with the Ajay Rao-starrer Thayige Thakka Maga, this will be his second film made under his home banner. It will have Arjun Janya composing the music.

Now we are on Telegram too. Follow us for updates
TAGS
Upendra Kabzaa