Tradition and a twist

Ahead of Shivaratri, Sandalwood composer Chandan Shetty comes up with an upbeat song that has already gone viral on social media with 2 million views.

With Shivaratri being celebrated on Thursday across the country, you may get to hear songs dedicated to Lord Shiva. But what makes Nodu Shiva – the latest one on the block –  special is its fun and upbeat tune. Released recently, the song has gone viral with 2 million views.

Sung and composed by Chandan Shetty, the single stars popular Kannada serial actress Megha Shetty from Jote Joteyali fame and Sumith MK, who is the lyricist. Explaining the song, Sumith says it features a bunch of youngsters who have had failures in their lives but request the lord in a friendly manner to bless them with some success.

“The song is written in such a way that it does not sound like either complaining or disrespecting the deity. It’s like asking a friend to help him out,” says Sumith, who himself is a devotee of Lord Shiva and is currently in Haridwar for the festival. 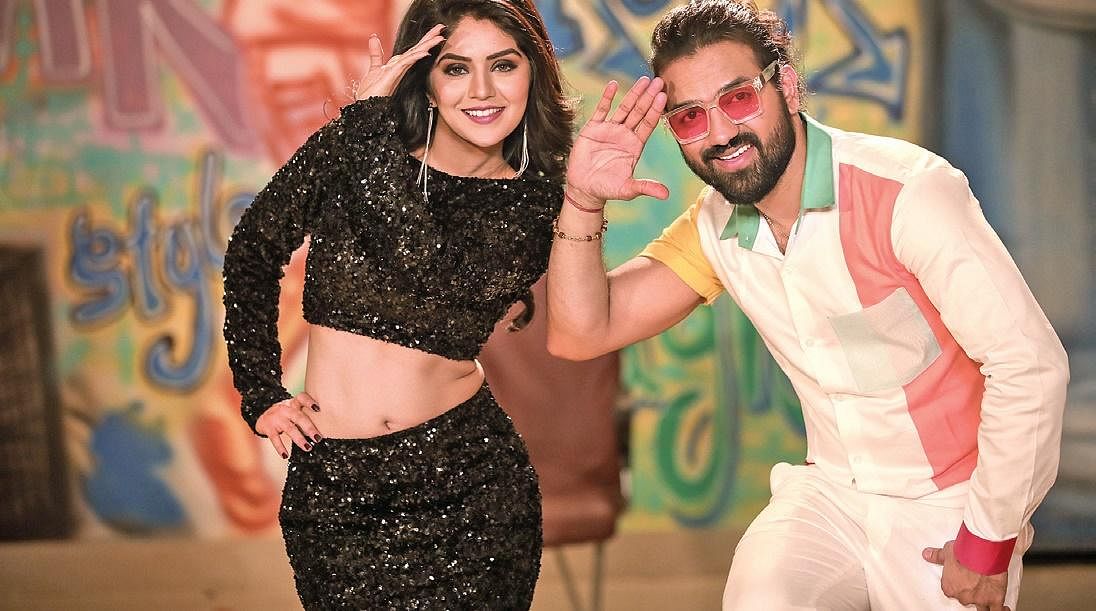 While the song is timely and out for the festival, he says it was written during the lockdown.

“The song was written when most of us actually had no work to do. I had written the lyrics and approached Chandan Shetty for it. I have always liked his upbeat and peppy songs. Thankfully, he agreed to do it.

And the moment I sent the lyrics, he was ready with the tune within three hours,” says Sumith, adding that he was really impressed when he heard the tune for the first time which prompted him to do the song on a larger scale. “When I heard the song I felt that doing it on a smaller scale will do injustice to the song,” he says, adding that the production of the song cost around Rs 40 lakh.

The video of the song also shows Shetty shaking a leg. Shetty says since the song was composed during the lockdown, the tunes and idea were fresh in his head which worked out pretty well for the song.

While it could be fun playing with tunes, the devotional aspect could mean some amount of risk, especially since Shetty doesn’t want to ruffle the wrong feathers.

For instance his Kolumande, got into controversy for hurting religious sentiments. But Shetty says the way people approach their divine power is very personal.

“People have become more mature and understanding about the way they pray. My previous song Kolumande was a folk song, for which we had modern beats. Only a few sects had an issue. We didn’t want anyone to feel bad so we had taken down the video,” says Shetty adding that the lyrical video of the song is still there and views are still going up.

Now we are on Telegram too. Follow us for updates
TAGS
Shivaratri Chandan Shetty