And the award goes to one-upmanship: Mollywood 2017

Cinema this year kept people engaged not only inside the theatre but also outside, thanks to the many controversies which dogged the Malayalam film industry.

KOCHI:  When schism starts to rule, cinema slowly gets pushed aside. Truly, 2017 saw sectarianism hitting Mollywood hard. Intensified factional feuds, debates on misogyny and glorification of trivial incidents bode ill for the industry. Amid the controversies, very few voices were heard raising concern at the most critical juncture. Nor did they react when sought for the most.

For instance, when Sanalkumar Sasidharan’s film ‘S Durga’ was denied screening at IFFI-Goa or actor Surabhi was not invited to IFFK, hardly any protest emanated from the Malayalam filmdom. But when it came to attacking Kasaba and actor Mammootty (interestingly, one-and-a-half-years after his portrayal of Rajan Zachariah, the biggest ‘Lothario’ Mollywood ever saw, according to many), immense support was extended to actor Parvathy and criticism levelled at Mammootty.

Deepening rifts, widening divisions
For Mollywood, the year started off with a rift between producers and exhibitors which delayed the release of a Malayalam movie till February. As the strike intensified, it was actor Dileep who took the initiative to form the Film Exhibitors United Organisation of Kerala (FEUOK), thereby ending the strike. Good performances by movies released on February 10 revitalised the industry. A week later, a prominent Malayalam film actor was assaulted inside a vehicle. Following this, the film fraternity expressed solidarity with the actor by organising protest meets and declaring “united we stand”. 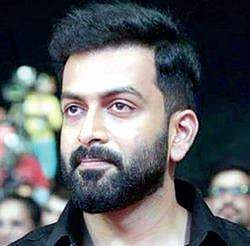 'People's court has acquitted Dileep'
During the time of the release of the movie Ramaleela, a section of movie buffs and Facebook activists said, “Forget Dileep, let us join hands for the well being of cinema”. Another group said the movie should be demoted. The movie, however, went on to become a mega-hit. The success of Ramaleela initiated new discussion too. Dileep’s supporters who argued for the “goodness of cinema” changed their stance saying “people’s court has acquitted Dileep”.

Standing up
Post the hullabaloo over the actor assault and the arrest of Dileep, actors like Prithviraj came up with the statement they will “never again let disrespect for women be celebrated” on screen. Some, however, opined ‘let cinema be a cinema – but life is different”. The incidents which followed are clear indicators of the partisanship and sectarianism existing in Mollywood.

Kasaba, misogyny and OMKV
‘Misogyny’ concerns revisited Mollywood in December after Parvathy’s remarks on Kasaba during IFFK. This created a rift among technicians with actors like Siddique coming out in support of the movie. Parvathy got a fair deal of support from the filmdom. Soon, director Jude Anthany Joseph joined the controversy bandwagon by posting against Parvathy. The actor replied with an “OMKV” (the most celebrated word of 2017 related to filmdom), taking the whole issue to a level where divergent sets of supporters let loose ‘commentary’ as if ‘enjoying’ a stranger’s downfall.

Action off-the-screen
Spectators were more interested in developments off-the-screen. There are allegations some fans are campaigning against Aashiq Abu’s movie Mayanadhi. Reason: ‘His wife is an
active member of WCC’.

In the New Year
In 2018, repercussions of the change in equations between different groups in Malayalam cinema are likely to continue. The next AMMA general body meeting could be crucial, with a revamp expected in administration.—Shibu B S

WCC
The formation of Women in Cinema Collective (WCC), where women creative workers came together to address gender issues in the industry, was cited by many as evidence to the ‘misogyny’, ‘male chauvinism’ and gender inequality prevailing in Mollywood.

As a general trend, responses became forced, protests happened to turn into attention-seeking gestures within the walls of Facebook and box office collections ended up as mere figures for respective fans to engage in  one-upmanship

Controversies apart, Malayalam cinema had nothing extraordinary to highlight. Industry experts say it was one of the worst years in recent times in terms of quality of films, the number of hits and performances

The performance of some Vishu releases did heighten expectations. But a shadow was cast over the industry post actor Dileep's arrest

Now we are on Telegram too. Follow us for updates
TAGS
Mollywood Sexy Durga Dileep Kasaba Mammootty Ramaleela Parvathy