‘Streetlights is not a dark movie, but an entertainer’

Mammootty will be seen as a police officer again in Shamdath Sainudheen's directorial debut titled Streetlights. The first look, which was out on Tuesday, has Mammootty in action, aiming a shotgun.
However, director Shamdat says that the movie is not at all a dark one. "It is an entertainer. Sure, there are elements like murder and fights, but it is definitely a pleasant watch. It is a complete package with humour, crime and every other element," says Shamdat.

The director says that the movie is a realistic take on the life of a few people living on the streets. "We see a lot of people, but then some of them may get connected to us by coincidence. Streetlights explores such a thread," he says.  As for the details about Mammootty's character, Shamdat says it is better to keep it a suspense for a total viewing experience. 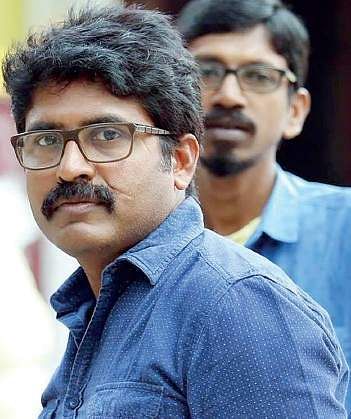 Shamdat says he will have a different narrative style. "I am someone who wants to establish a signature of my own in movie-making. I have tried it with the movie, that is a bi-lingual," says Shamdat, as he readies to release the movie in November. Streetlights will have both Tamil and Malayalam versions releasing on the same day.

Though there won't be a female lead Liji Mol will be playing a significant role. Shamdat, who has been a cinematographer, will crank the camera while newbie Adarsh Abraham will compose the tunes.
The movie has been produced by Playhouse Motion Pictures.