The call of the arclights

With a casting call being made every other day, many feel there is no better time to gain access to the Malayalam film industry

Almost a month ago, Omar Lulu, whose latest Chunkzz did a great business at the box office, put out an audition call for his next project Oru Adaar Love. Defying his expectations, a whopping 3,500 youngsters, between 17 and 21, registered their names.

According to Omar, a few hundred had to leave without registering owing to the heavy rush. As unbelievable as this sounds, the fact remains that Malayalam is warming up to the idea of fresh faces, a trend patronised by even the big names of the industry. 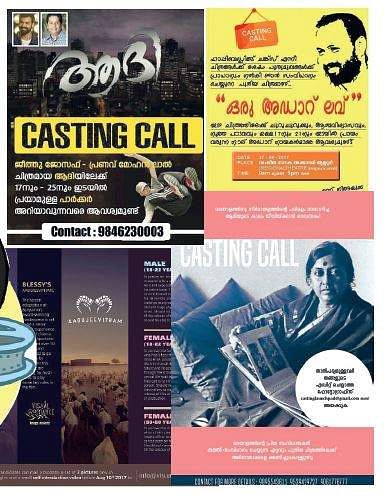 If Lijo Jose Pellissery, whose body of work has earned him a horde of devout fans, says he pulled a casting coup of sorts in his latest Angamaly Diaries (2017) because the story demanded it, Omar says he always wanted to do his bit in bringing fresh faces.

Says Lijo: "While the casting for Angamaly Diaries was a risky business, the story demanded it. It wouldn't have made the desired effect without fresh faces. That said, a lot of work goes behind mentoring debutants. For Angamaly Diaries, we conducted workshops and made them comfortable before the shoot began." Despite new faces, the movie went on to become a critical and commercial success, earning a cult following.

Ganesh Raj, who made his debut in Aanandam (2016) says that casting newcomers in his film wasn't an intentional choice, but a need. "I didn't want a make-believe scenario. My story was about students who are in their late teens, so there was no choice but to rope in new talents. The basic idea was to be true to the story," he says. 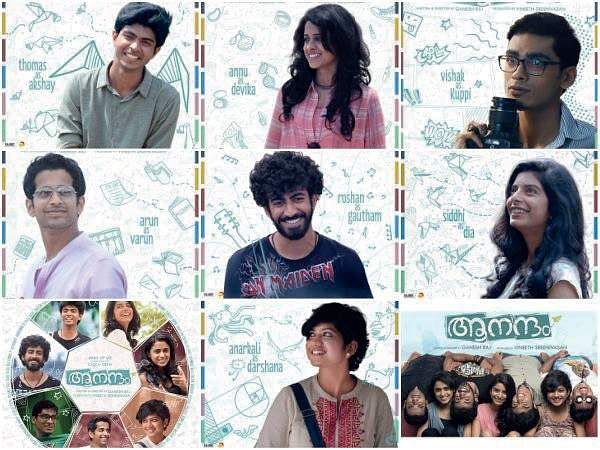 Both the directors believe that the absence of a poster face didn't impact their movie one bit. "Audiences are open to new faces. Give them good content and their attention will gravitate towards the script," Ganesh says. The case was no different in Angamaly Diaries too, the success of which was credited to a taut scripting and excellent making.

That said, both the movies did have a big name to back up. While Aanandam was produced by Vineeth Sreenivasan, one of the most successful directors of the present times, Angamaly Diaries relied on Lijo's name and the financial backing provided by Friday Film House. Says Lijo: "We made up for the lack of a poster face through marketing. The posters and promotional material used were aimed at luring the audience to the screens."

But, according to Ajai Rahul, co-founder of Launchpad Casting, not all directors go for fresh faces because the script demands it. "Some go for budget issues. Fresh faces are paid little, compared to what mainstream actors get. That results in a lot of changes in the budget. The case is different for every movie.

While the Tovino Thomas-starrer Tharangam (2017) wanted new faces for its novel approach, Kamal's Aaami, a biopic on writer Kamala Das, wanted newbies who physically resembled real-life characters," he says. Launchpad Casting has assisted in the casting for Rajnikanth's Kaala and is currently busy with Biju Menon's next.

Another side of the casting coin 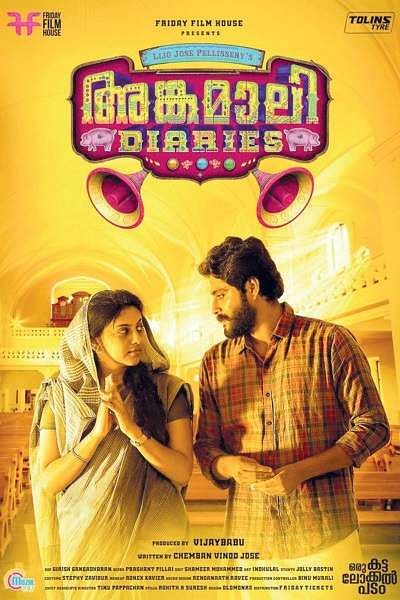 While the new trend has been kind to many aspiring actors, it has a flip side too. An assistant director, on condition of anonymity, says how some directors demand money from aspiring actors for a chance, all in the name of 'crowd-funding'.  Both Ganesh and Omar say they are aware of the trend.  Says Omar:

"A few of them even approached me with money. I have heard that some production executives do this. In fact, there is a term, 'gate' for this."Then, a casting call can be a good PR stunt too. There were rumours that a renowned director held an audition for his debut movie just for publicity. Only very few knew that the cast was already decided by then.And, what happens to these new faces. Do they climb the ladder to stardom, or do they end up being a one-movie wonder? Ajai Rahul says that unless an established director, actor or banner supports them, most of them fade out.

According to sources, many production executives demand money from newcomers  for roles. Apparently, the code name is Gate for such offers.

The dearth of character artists - the void left by many yesteryear artists - has opened avenues for many middle-aged actors in Malayalam.