Omar Lulu's next Oru Adaar love seems to be trending on YouTube, thanks to the first song.

Omar Lulu's next 'Oru Adaar Love' is trending on YouTube, because of its first track - the song 'Manikya Malaraya Poovi', composed by Shaan Rahman (who gave us the famous 'Jimmiki Kammal') and sung by Vineeth Sreenivasan, who is incidentally one of the voices behind 'Jimmiki Kammal'. It turned viral on YouTube within few hours of its release.

Social media was flooded with appreciations about the music and the performance of the debutante actors featured in the video. The song is also trending on YouTube at number 1 position garnering more than 1 million views and 50,000 likes in just 20 hours.

ALSO READ | Our interview with Priya Prakash Varrier: A wink to Superstardom

Written and directed by Omar Lulu, 'Oru Adaar Love' tells the story of plus two students starring a bunch of newcomers.

The actress featured in the song, Priya Prakash Varrier, a college student in Kerala, has won a million hearts already with her expressions and winks. She gained over 1.5 million followers on Instagram after the song went viral (@priya.p.varrier). Thousands of fake accounts on social media platforms have cropped up as well.

Thanks for the great response

Here are some of the best reactions and appreciation posts of the song and the actress:

#PriyaPrakashVarrier
What school in India allows the students to put eyeliner, lipstick, stylise hair and flaunt so many ear piercings?

5 The version with Tamil actor Vijay

The Girl Who Is Driving The Internet Crazy
Super Cute #PriyaPrakashVarrier pic.twitter.com/PDX8DxFl1O

7 The version with Tamil actor Suriya

Ohh my god. She is wrecking the hearts and there is no stopping!! #PriyaPrakashVarrier pic.twitter.com/4aiJpPSPXP 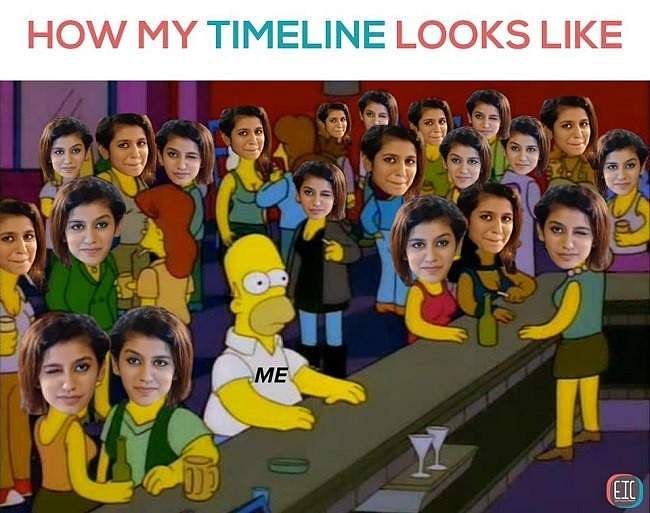 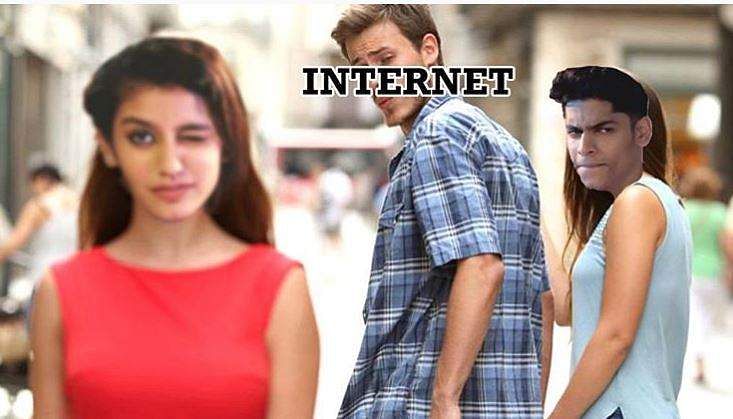