They too stirred up a hornet’s nest: Pre-social media Malayalam films that sparked controversy

Shibu B S picks out some controversies that erupted in mainstream Malayalam cinema during the pre-social media era.

Even before social media became popular, Malayalam filmdom was not free from controversies. There were various instances, especially after the ‘80s, when cinema became a part of the ‘life’ of Malayalees.

Avalude Raavukal (1978)
The I V Sasi-directed movie was criticised for the poster showing the lead character wearing a shirt and revealing her thighs. Though it was given an ‘A’ certificate, the movie became a smash hit.

Rathinirvedam (1978)
Directed by Bharathan, the film had Jayabharathi and Krishnachandran in lead roles. It told the story of Pappu, a teenager, who gets attracted to his neighbour Rathi, an older woman. The sensuality in the subject itself sparked a controversy.

Vaartha (1986)
The I V Sasi film had lead actor Mammootty portraying a character reflecting the traits of journalist Madhav Das Nalappat, Kamala Das’ son. Controversies forced the makers to mute a particular dialogue in the pre-climax segment. The movie proved a mega-hit.

Ponmuttayidunna Thaaravu (1988)
Initially titled Ponmuttayidunna Thattan (goldsmith). After the posters were released, protests from the goldsmith community forced the producers to rename it. A super success, the low-budget film is counted among the cult comedy films in Malayalam.

Ente Sooryaputhrikku (1991)
The Fazil flick had Amala in the lead, playing a bold character. Protests from various quarters said the movie created a bad influence among girls, tempting them to bunk classes and  sneak out of hostels. The movie was a top grosser of the year.

Ekalavyan (1993)
It had Swami Amoorthananda, a godman portrayed by Narendra Prasad, as the antagonist. This sparked a controversy and the Sree Padmanabha theatre in Thiruvananthapuram was attacked. Irrespective of the controversies, the movie was a huge success and elevated Suresh Gopi to stardom. 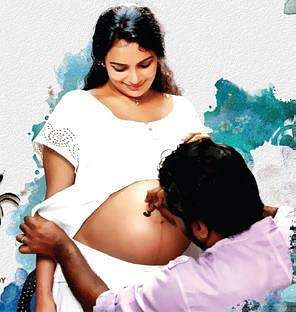 It was the most hyped movie of 1998 because of the reunion of two stalwarts of Malayalam cinema - Mammootty and Mohanlal. Soon after the release, the movie landed in a controversy as director Fazil experimented with a dual climax. Allegations sprang up the director did so with a communal angle.

Pathram (1999)
Popular newspapers hesitated to publish advertisements of this movie after realising there were harsh remarks against media houses/journalism in the movie. Scripted by Renji Panicker and directed by Joshiy, this Suresh Gopi starter too became a hit.

Thanmathra (2005)
After the first show, it was criticised for its interval sequence which showed partial nudity. Director Blessy and the production house axed the scenes. It became a family hit, with Mohanlal’s performance winning accolades.

Kalimannu (2013)
News that Blessy was going to shoot live childbirth in Kalimannu led to protests from various quarters. Actor Shwetha Menon too was criticised, but the controversies did no good as it failed to achieve commercial success.

Now we are on Telegram too. Follow us for updates
TAGS
controversy Malayalam cinema Avalude Raavukal Thanmathra Kalimannu