Mammootty has given an intense performance in Parole

Director Sharrath Sandith says it is a family drama

Sharrath Sandith'sdirectorial debutParole will haveMammootty at his acting best. According to the director, the character of Sakhavu Alex is an intense one. "He gave such an intense performance that he reminded us of his early years as an actor. 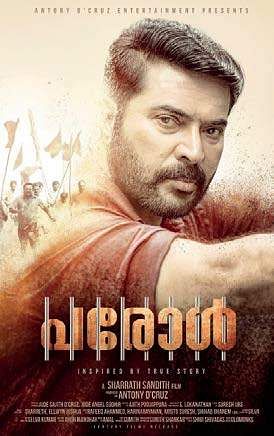 Parole will bring back the old Mammookka," says Sharrath. The first-look poster, which was released a few days ago, showcases Mammootty looking very young. The director says his character is shown in three different phases of his life, including the early 30s and 50s.  The poster also hints at a political thread, but the director clarifies, "Parole is a common man's story. The character has a political background, but not the whole film."

The movie that will hit the screens during March end also has Miya and Iniya in important roles. While Miya plays Mammootty's sister, Iniya will be seen in the role of his wife. Suraj Venjaramood and Siddique will also be a part of Parole.