KOCHI: Prithviraj will start shooting for mega movie Kaaliyan after he winds up Blessy's Aadujeevitham and directorial debut Lucifer.  According to director S Mahesh, they hope to go on the floors by 2019. "We are very busy with the pre-production work now.   Prithviraj is likely to start prepping for Kaaliyan after he finishes Lucifer. Since the movie is very action-packed, he will have to undergo intense training in martial arts. This is his dream project and he wants to give time learning the martial art before the shoot starts," says the director. Mahesh adds that they are in talks with action choreographers working in Game of Thrones for Kaaliyan. "We want Kaaliyan to have novel action sequences. 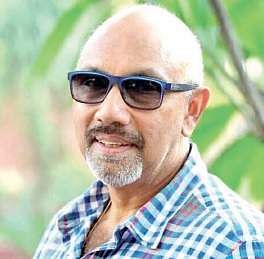 That's one reason why we want to rope in the best in the trade," he adds. Mahesh says he has been researching on Northern ballads for some time. "It was the ballads on Iravikuttipillai that intrigued us first. But, then we stumbled on the character of Kaaliyan, who we fleshed out as the lead character. Prithviraj heard the script and was convinced," says Mahesh. The story is set in the time period of 1605-1636.
The team has also roped in Satyaraj for a significant role.  Though he didn't reveal the details about the Tamil actor's role, he said it won't be a negative character. "We met Satyaraj with the script. He loved the narration and immediately expressed an interest in the movie," says Mahesh.

The director adds that casting is very important so, they plan to hold an audition and workshop. "Kaaliyan is a period drama. We are planning to hold a workshop so that people who are selected for the project get a
flavour of the movie," says Mahesh.Kaaliyan will have Bollywood composers Shankar-Ehsaan-Loy in the music department. Sujith Vassudev will crank the camera for the project produced under the banner of Magicmoon Productions.