Director Lijo Jose Pellissery on his new film Ee. Ma. Yau, which releases this Friday, and his working method

He is only six films old but director Lijo Jose Pellissery has in his 8-year career managed to create a commendably distinct and impactful array of work that has garnered the attention of both Indian and international viewers. Despite dabbling in various genres, with some hits and few misses, it was his 2016 film Angamaly Diaries that proved to be a major breakthrough. Some international critics called it the Malayali Goodfellas while others compared it to the Brazilian film City of God.

His upcoming film, Ee. Ma. Yau, which releases this friday, has not only been getting good word-of-mouth from preview screenings, but also managed to receive three Kerala State Awards, including Best Director. The film, penned by National Award winning author P.F Mathews, stars Vinayakan, Chemban Vinod Jose, Dileesh Pothan, and Pauly Valsan among others. Given the massive amount of hype surrounding the film, audiences are waiting in anticipation to see if Lijo has delivered another classic. 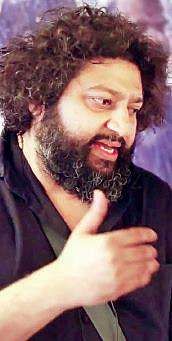 The response from everywhere so far has been overwhelmingly positive. You also won the Kerala State award. Have there been any negative reactions or suggestions that compelled you to make any last minute edits here and there?
No, no I'm very pleased with the final result; everything is intact. We haven't made any further changes. The film you’re going to see in the theatre is exactly how I intended it to be.

Given that death is the main theme, do you think it would be a bit difficult to bring audiences to theatres?
We weren’t concerned about things like that. We didn’t make the film thinking about how audiences would perceive this film. The film revolves around a death and a funeral, and it needed a certain kind of treatment which we felt was appropriate for the material. And it’s not exactly a serious film. The situations are tinged with a substantial amount of humour.

It’s evident from the trailers that nature and weather play a big part in the film. How did you create the exact atmosphere that you wanted?
Actually we had to create most of that, be it the wind or rain. Most of the rain you see in the film is artificial. And then the other thing was that when the rain happened during the shoot, it was quite strong and so we were able to use that to our advantage. So that was quite helpful in creating an atmosphere that we wanted – the overcast skies and everything.

You seemed to have found your own, distinct voice through your film Amen. Was it a conscious decision to do a film around your own social milieu?
Not really. I was actually interested in doing Amen as my first film but since the story demanded a big canvas, it took me some time to set it all up. Everything from the characters to their costumes required a grand treatment. So naturally, I had to wait a while for everything to fall into place. I mean, to create something like that, we have to be in the right frame and work with the right kind of people. That’s why it came after my first two films.

Do you do rehearsals for all your films? Is everything planned in advance, especially when you’re planning a quick shoot?
Not really. The first and most important thing is the script. It has to be fully ready. I can’t do something if we don’t have a strong base to work with. I have to be fully convinced that the script I have in front of me has everything I need to go ahead. As for my style of working, yes, we do plan everything to a certain extent when it comes to the film’s visual style and everything.

What about performances? Do the actors improvise on the spot?
We do improvise a lot, yes. And I don’t really believe in making the actors do everything exactly as it is in the script. They have to first understand their characters really well. Otherwise there is no point in coming in front of the camera.

Do you believe in storyboarding? There are some directors who work without it.
I don’t think it’s a wrong school of filmmaking, because the people who are perfectly capable of working without a storyboard are intelligent enough to do that. I don’t use storyboards. Obviously, we will plan as to how a scene is to be done, especially if it’s a long shoot, but I'm not interested in that approach. For e.g, if it’s a particular action sequence, we do camera rehearsals as per the actors’ movements and figure out everything accordingly. Sometimes we have to improvise a shot when new information comes to light.

Stay up to date on all the latest Entertainment Malayalam news with The New Indian Express App. Download now