To make someone laugh is a big deal: Saiju Kurup

Saiju Kurupp has recently managed to create a strong impression with his roles in films such as Vedivazhipaadu, Trivandrum Lodge, and the two Aadu films.

From his debut 13 years ago in Mayookham to the recent Theevandi, actor Saiju Kurup has proven himself adept at handling a wide range of roles, be it a serious one or a comical one. Apart from his attention-grabbing performance in Theevandi, he also managed to create a strong impression with his roles in films such as Vedivazhipaadu, Trivandrum Lodge, and the two Aadu films.

Excerpts from a brief interview: 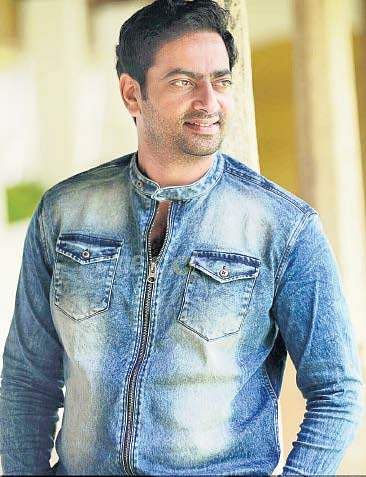 What character are you playing in Padayottam?

I play a Thiruvananthapuram guy called Sree. It's a comical character. It's one of those characters who, with minor tweaks in mannerisms, can elicit laughs. Most of the situations in Padayottam are humorous.

While picking characters, do you worry about repeating yourself?

That worry is always there at the back of my mind. If the characters are too similar, I don't do. I don't prefer roles that demand a repeat performance from my side. You see, I don't see myself as a born actor. I don't think I'm supremely skilled as a Jagathy or a Sankaradi. It's difficult for me to go to the set and instantly become that character. I only pick roles that provide options to try out multiple things."

Sometimes you would do a character in a certain movie that hasn't been released/no chance of releasing yet and as no one has seen that performance, you feel like doing that again in some other movie. But even then, we can't do a complete repetition of that character. Maybe you can do that in one or two scenes and leave it. But as the same thing can get boring at times, you feel like dropping it.

Do you think comedy is the hardest thing to do?

Definitely. To make someone laugh is a big deal. Only someone who are close to me would laugh at my jokes. Sometimes in the hangover of some of the films I've done, some people who see me as Arakkal Abu (from Aadu) or Sanjay (from Vedivazhipaadu) may laugh upon seeing me. And I'm not someone who likes going to stage shows because I don't know what to do once I get there, unlike in my college days, where I'll be well-prepared. But even back then I got laughs only from my supporters; others may not laugh. In order to get motivated, someone should laugh.

And in this age of WhatsApp and online memes, it must be a challenge to come up with superior material...

Definitely. Some of the stuff being forwarded to us these days are quite sophisticated. When I read a script, I make sure that I know the material left and right so that in the middle of preparation, something funny might come up after repeated visualisations.

During the dubbing process, isn't it mentally taxing to recreate the same mood established during filming?

It's a huge challenge. It's like studying for an exam: you take pains to memorise something and then you have to remember everything in the exam hall. I don't usually get headaches during filming but I can get them in the middle of dubbing. Two things can happen in the dubbing room: either you can reproduce a performance or you can improve it. So when you're doing that, after one or two hours, you start to experience a throbbing pain in your head. This process is very frustrating. During shooting, no matter how many re-takes are there, you don't feel irritated. But it's different with dubbing. That's why I tell them to switch off the lights in the dubbing room because I don't want them to see my irritation (laughs).

Saiju is currently working in B Unnikrishnan's new film with Dileep. He is also slated to appear in debutant Manoj Nair's Varthakal Ithuvare. He says Arakkal Abu will return in Aadu-3 but he is not really sure if the project will come next year or the next as Midhun Manuel Thomas has a couple of projects lined up before that. Padayottam comes out today.

Now we are on Telegram too. Follow us for updates
TAGS
Saiju Kurup Padayottam