Devan and Saleema are playing an older couple in Munthiri Monchan.

Veteran actors Devan and Saleema are reuniting after 31 years for debutant Vijith Nambiar’s Munthiri Monchan. The couple was last seen together in Aranyakam (1988), which is noted for the duo’s splendid chemistry. Saleema remained absent from the film industry for many years after making an appearance in Joshy’s Mahayanam (1989). She made her acting debut through the Telugu film, Megasandesham (1982), directed by Dasari Narayana Rao. Nakakshathangal (1986), directed by Hariharan and scripted by M T Vasudevan Nair, marked her first entry in Malayalam cinema. Devan and Saleema are playing an older couple in Munthiri Monchan.

On casting Saleema, Vijith says, “Since this is a story of a girl eloping with a lower caste boy, we thought of adding some liveliness to the story by including an older couple who had experienced a similar situation in the past. We went through a list of faces from yesteryear films but couldn’t finalise any names. Suddenly, as if by chance, our production controller’s phone started ringing. It was a New Year wish from Saleema. Our minds immediately went back to the Olichirikkaan song from Aranyakam. There is also a similar couple on the train these young lovers are travelling in. We didn’t think twice: it had to be Devan and Saleema.” 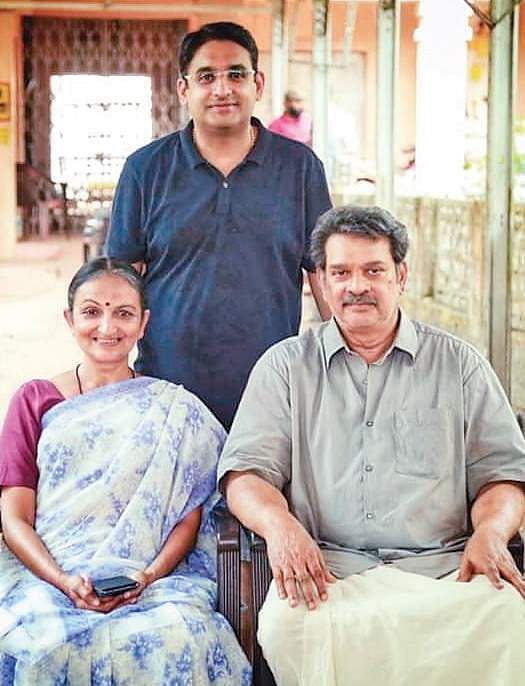 Vijith had told us earlier that Munthiri Monchan is a romantic entertainer, and will have a strong musical presence. Manesh Krishnan and Gopika Anil play the young lovers in a script that has been penned by Manu Gopal and Meharali Poilungal Ismail. Produced by PK Ashokan under the banner of Vishvas Movies Pvt Ltd, the film will be releasing in March.