Drishyam 2 will continue the story of Georgekutty (Mohanlal) and family, and the first film’s events are said to have an impact on the sequel too.

Asha Sarath is back as  Geetha Prabhakar, the character she essayed in Drishyam. The actor has joined the sets of the sequel, once again directed by Jeethu Joseph. 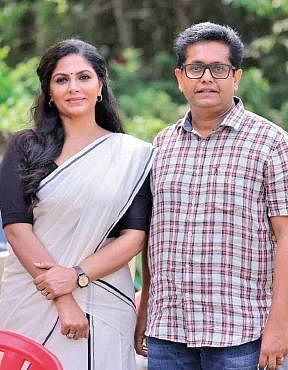 The set photos show Asha in a police uniform, which has intrigued fans. Drishyam 2 will continue the story of Georgekutty (Mohanlal) and family, and the first film’s events are said to have an impact on the sequel too.

Siddique, who played Geetha’s husband in the original, also returns in the sequel.

The new addition to the cast is Murali Gopy, in the role of a cop.

The shoot of the film is progressing smoothly by strictly following all Covid safety measures.

Antony Perumbavoor is producing it under the banner of Aashirvad Cinemas.

Now we are on Telegram too. Follow us for updates
TAGS
Asha Sarath Drishyam 2