The subtle joy of youth lives with us forever and Kirik Party  portrays the happiness of youngsters’s life like never before in Kannada cinema.

The subtle joy of youth lives with us forever and Kirik Party  portrays the happiness of youngsters’s life like never before in Kannada cinema. It touches the rainbow of experiences with sensibility, and does not waste much time, which is essentially the plus point of the film. Obviously, it has the enormous presence of Rakshit and Rishab Shetty’s creativity all over. The two have the sagacity to move away from the run-of-the-mill college life and bring in a new dimension which enthralls.

Kirik Party is a tale of many characters, but evolves in unison. Episodes of ragging, parties, friendships, competitions, crushes, jealousy have been cleverly woven into the first half although romance brings a twist to the tale. 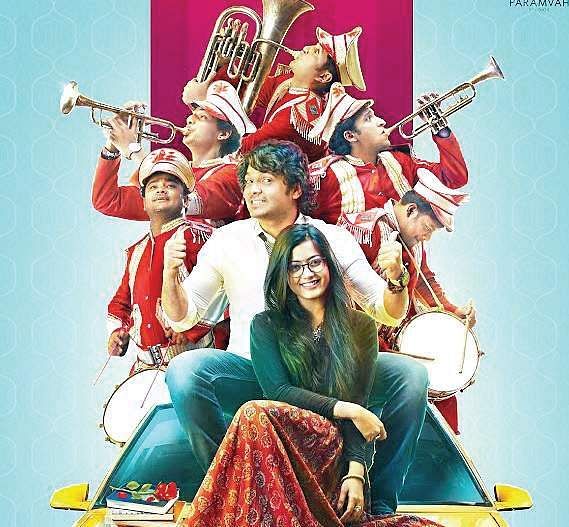 Just when Karna (Rakshit Shetty) a mechanical engineer, who in his first year, takes a liking for Sanvi Joseph (Rakshmika Mandanna) she vanishes and marked the beginning of a rough time for Karna, who becomes a rebel and clashes with his seniors. What makes him to do so is one part of the story. But the crux that deserves applause is the rest of the film on his transformation and of learning from mistakes. Here is where the young Arya (Samyuktha Hegde) enters into Karna's life.

The story is simple but what makes it outstanding is the fact that there is sensibility in every frame. And it connects emotionally, especially in the second half.
Each character is well etched, though post interval, Karna's journey seems slightly ponderous. But just when it tends to drag, the pace picks up, reaching the climax, laced with an apt message.

Rakshit Shetty stands out for he shows his character is relatable to the common youth but yet is an example for change. The balance in his character is significant and the makers clearly did not want him to become bigger than his role. While heroines Rashmika Mandanna and Samyukta Hegde  have outshone in the film along with the main character, Achyuth Kumar and Pramod Shetty lend good support. Newcomers Aravind Iyer, Dhananjay Ranjan, Shankar Murthy, Rajath Kumar,  Girish Krishna, among others looks promising.
Kirik Party  rocks with some amazing medleys by Ajaneesh Loknath and has enough to win over every youth's heart. Camera work by Karam Chawla has the plot getting all the prominence, thus bringing out the perfect mood of college life.
Youngsters, live the Kirik life here.