When director Srinivas Raju made Dandupalya in 2012, he gave a face to brutality happening in our backyards.

When director Srinivas Raju made Dandupalya in 2012, he gave a face to brutality happening in our backyards. Five years later, with the sequel, he gives a face to the reason for the savagery. Looking into the innocence of the past, the helplessness that tied men and women into experiencing irreversible pain, Raju’s part 2 reminds us of a fact: when you push people to levels where pain and fear become part of life, they rise armed only with raw courage, leaving all reasoning in the underground. 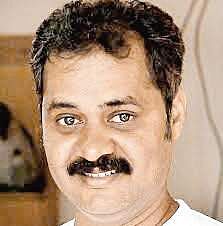 2 traces the journey of the same gang as in part 1, getting to the reasons that led them to be notorious criminals. Abhivyakthi (Shruthi), who is a crime reporter with The New Indian Express is among a very few who believes that the D - Gang is innocent. The journalist, who has been in pursuit of the gang for many years, finally succeeds and meets them in Belagavi jail. But the gang has stopped trusting the system, the law, the police and even the media. However, Abhivyakthi convinces them, and they finally open up. How their life transforms from daily wage workers, and what leads them to commit crime, is what makes the film.

Srinivas Raju seems to have achieved mastery over fear, for it takes courage to bring out two full length movies (with one more in the unveil), related to one of the most notorious gangs of the state. Though cinematic liberties are necessary, the film reflects research and facts. Raju has indulged the audience using dialogues, but even after the censor cuts, the violence and torture makes one feel the pain.

The performances are a class apart, and Pooja Gandhi, Ravi Shankar, Makarand Deshpande, Shruti, Sanjjanaa, Danny, Jayadev Mohan, Ravi Kale, Kari Subbu and Petrol Prasanna have really gotten into the skin of their characters. Arjun Janya’s music has been well adapted with the film. Close up shots and capturing honest expressions have been achieved well by cinematographer Venkat Prasad. A special mention with regard to costumes and art work, which bring each frame alive.  With Part 3 also in the offing, this one for now is an interesting watch.