Bharat Ane Nenu not only helps Mahesh Babu to revive his fortunes at the ticket window but also can be looked at as his sweet route to success.

Set in erstwhile Andhra Pradesh, Bharat Ane Nenu is a political drama about an idealistic, enterprising and modern-day youngster, who takes the reins of the State when his father, the Chief Minister, dies.

A neatly-written fictitious story which showcases a handsome foreign-bred Bharat Ram, who despite having five masters degrees have got the power to say ‘I don’t know.’ He is someone who believes in accountability with an emphasis on not breaking a promise. The film is about bringing hope and redemption, no matter what.

Mahesh Babu in the titular role brings sensitivity and temperament to his character. He is someone who has no fear and proves to be a fast learner. There is a sense of earnestness underlining the powerful message about the revival of the system and having a fierce passion for good governance to run the State without resorting to the stereotypical morality. At the same time, Bharat is also a generous and amiable youngster trying to make his somewhat lonely life understand the complexities of the responsibilities thrust on him.

What lacks the believability is how someone with no political experience is the right one for the most important job in the State. Oh, wait… if you enjoyed films like Shankar’s Oke Okkadu (1999) and Rana Daggubati-starrer Leader (2014) where the protagonists administer the oath as the chief ministers for some hours/days and try to bring in reforms with their idealistic schemes, then this film doesn’t look implausible.

After assuming the office, Bharat finds a way to crack a whip on traffic violators by drastically increasing penalties. The film also touches upon several contemporary issues like dynasty politics, regulation of school fees, providing medical aid to villagers, bureaucracy, corruption and vigilance etc. It also stresses on the point that there’s no need to get hysterical or sensationalise the affairs if our Chief Minister loves a girl and also makes us believe that change is possible with the right leader in office. The scenes involving Brahmaji and Mahesh appear funny and the village episodes speak volumes about the outrageous reality of our system.

On the flip side, the film tends to lose steam after Bharat’s press meet episode. Unlike Koratala’s earlier movies, this film doesn’t interpret the depth of human emotions. Much of the narration is predictable and hackneyed, with one cliche coming after another, and the climax looking protracted and over-dramatised. In Srimanthudu, Harsha, who isn’t keen on taking over the reigns of his father’s business empire, enrols for rural development course. 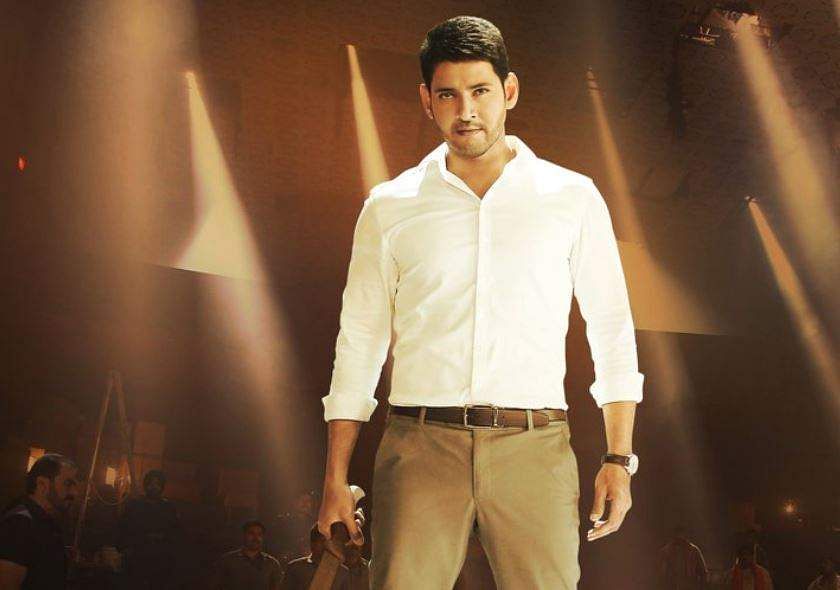 In Bharat Ane Nenu, the protagonist, though, initially refuses to be the CM, his awareness of how life is structured in London, forces him to be the political heir of his party. This shows Koratala’s obsession with presenting Mahesh as a well-mannered English-speaking youngster belonging to a high-profile family. But, hey... both Harsha and Bharat can fight like a typical Telugu commercial hero.

Debutante Kiara Advani as Bharat’s girlfriend plays her role with grace. The scene where she tries to find out if the caller is none other than CM Bharat will leave you in splits. Mahesh Babu shines in an understated restraint performance and brings in a lot of maturity to his character. He shows sparks of smartness in some scenes with hard-hitting dialogues and it will please his fans who are longing to watch him at full throttle. After Rangasthalam, Prakash Raj once again exhibits his sheer brilliance with his subtle act.

Others like Posani Krishna Murali, Sarath Kumar, Aamani, Ravi Shankar, Rao Ramesh and Rahul Ramakrishna were effectively cast. Devi Sri Prasad’s music and Ravi K Chandran and Tirru’s cinematography perfectly complement each other with the narrative.One last word. Mahesh Babu, who tasted a couple of box office turkeys, at last, delivered a celebratory film. Bharat Ane Nenu not only helps him to revive his fortunes at the ticket window but also can be looked at as his sweet route to success.

'The hater' review: In this unusual revenge story, the protagonist returns hatred with interest

'Work It' review: A simple teenage dance drama with a twist