'Seethakaathi' review: An outlandish yet convincing ode to the magical worlds of cinema and theatre

Seethakaathi talks about the immortality of artists and their work, and this reminded me of the 2015 Kamal Haasan film Uttama Villain.

Personally, I believe 2012 to be the most important year for Tamil cinema this decade. Not because we had Vijay joining hands with both Shankar and AR Murugadoss for the first time with Nanban and Thuppakki, but because the superstar's namesake made two films that year — Pizza and Naduvula Konjam Pakkatha Kaanom(NKPK).

When Balaji Tharaneetharan made NKPK in 2012 with an outrageous plot, ably supported by a motley group of youngsters lead by Vijay Sethupathi, it was unbelievably fresh and irreverent.

Cut to 2018, Balaji returns with his second film, Seethakaathi, but things aren't quite the same now. The Premkumar from his debut directorial has become the 'Makkal Selvan' now, and Seethakaathi is Vijay Sethupathi's milestone 25th film. Despite the sky-high expectations and astounding hype, both the director and the actor have pulled off yet another outrageous plot, with a similar degree of irreverence and freshness, first seen in 2012.

It is not easy to discuss Seethakaathi without revealing the plot, and it would be criminal to do so because the film is extremely polarising, and your first reaction to that central conceit determines your reception to this film.

But let me be honest with you, Seethakaathi is not an easy watch. It is 172 minutes long, has four montage songs, and the star of the film appears for just the first 40 minutes (Not a spoiler since the actor took to social media to announce this). However, once you are invested in the film, there is no looking back.

Vijay Sethupathi, in his 25th film, plays Ayya Aadhimoolam, a veteran stage artiste, who enters the world of cinema due to certain external forces at play.  Though the film was publicised as a Vijay Sethupathi show, it is as much a film of a real veteran stage artist and actor-director Mouli, who plays Ayya's theatre manager Parasuraman. It is also a showreel for the acting chops of NKPK-fame Rajkumar, who plays a theatre artist-turned-cinema star Saravanan. It is the perfect launchpad for actor Sunil Reddy, who plays a producer-turned-hero Dhanapal. It is also a portfolio for the cinematographer Saraskanth TK whose frames add a sense of coherence to the madness that unfolds on screen, especially once the film switches gears.

The film begins with the retelling of how a young Aadhimoolam became the 'Ayya' of the theatre world. Even if not intended, it is impossible not to draw parallels with the life of Na Muthuswamy, the founder of theatre group Koothu-p-Pattarai, who recently passed away. And these portions are the most trying scenes in the film because of its deliberate pacing and an overall sense of nothingness attached to the proceedings. But, what unfolds is actually one of the first times you see Vijay Sethupathi doing away with all sense of modesty and deliver a 'performance'. There is no subtlety or nuances that you immediately correspond to a Vijay Sethupathi performance. Here, it is acting that is easily understood. It is a performance that hits you immediately. Basically, it is a stage performance in a feature film, very reminiscent of the ones we used to see Sivaji Ganesan ace in film after film. Both Vijay Sethupathi and Balaji simply showboat as they use interesting plot devices to show the rise and fall of theatre. But then, all of a sudden, the mood of Seethakaathi changes. What was till then, a grim retelling of the fall of a celebrated medium becomes an impressively hilarious meta-movie on cinema.

However, the problem with Seethakaathi is something that plagued NKPK too — an outrageous plot, which is stretched too long. The gags feel repetitive after a point because Seethakaathi is essentially a one-joke pony, and that one joke revolves around the lack of acting ability in Rajkumar and Sunil. There are extended gags involving these two actors, and Balaji uses it to scathingly comment on today's cinema and stars. The only reason why these gags manage to work, despite its repetitiveness, is because of the performances, especially by Rajkumar and Sunil, who will surely be the talking points when the credits roll. 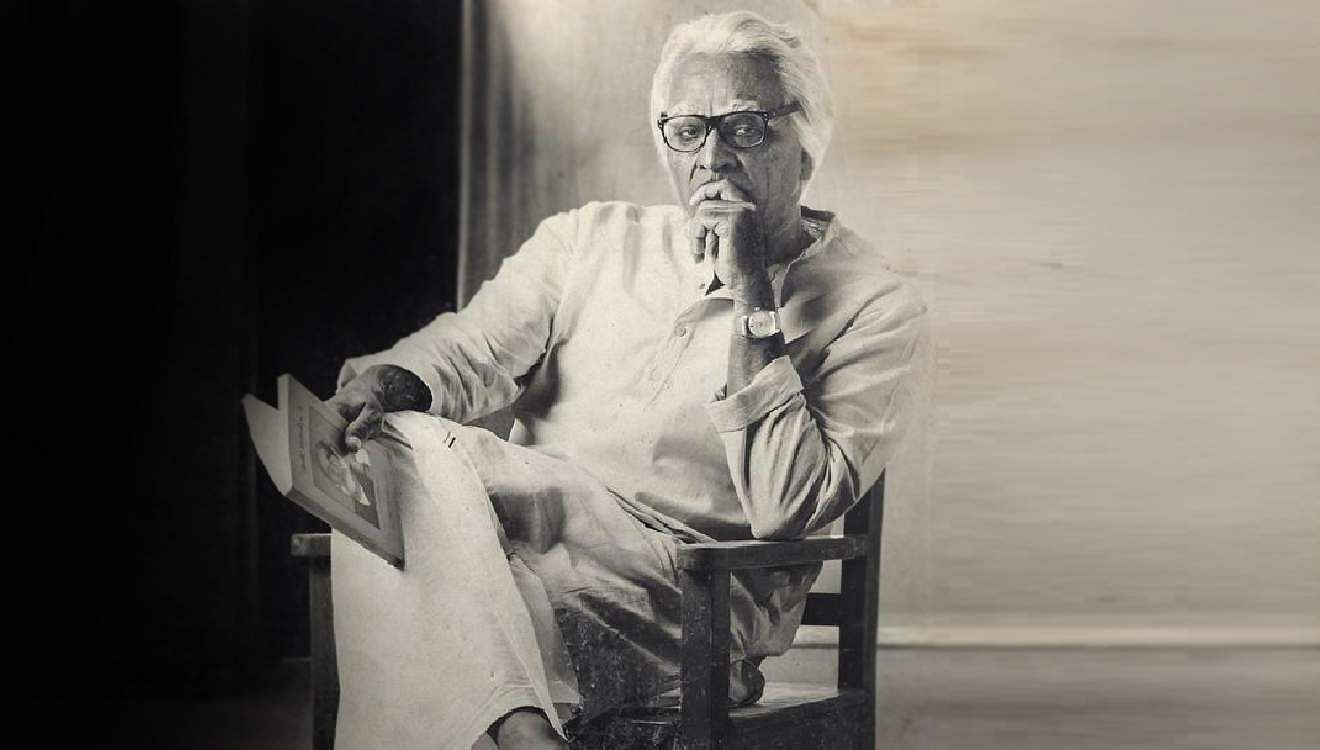 Another talking point in this film will be Govind Vasantha. Even as the songs from 96 are being praised to the skies, he comes up with this album that has just four songs, which are not necessarily ones you sing along to. But, his work on the background score is what impresses you more. While I was making notes on this film, almost every fourth point is a superlative adjective attached to Govind's music.

All I'll say is revisit Govind's zany album after watching the film, and pay attention to the lyrics penned by Madhan Karky, Karthik Netha, and Thiagaraja Kumararaja to appreciate the film even more.

Seethakaathi talks about the immortality of artists and their work, and this reminded me of the 2015 Kamal Haasan film Uttama Villain. If Kamal in Uttama Villain said, "Maalaadhadhu, kalaiyum kaviyum..." Balaji, Madhan Karky and Karthik Netha have said, "Thee thindra piragum, avan theeravillaiyae thuliyum. Mann unda piragum, un ullae ullae avan mulaikkiraan," and "uyir saavil mudivadhillai... Kalai saavai madhippadhillai". Meanwhile, if its commentary on cinema, and how 'art' is being killed by box-office pressures reminds you of Jigarthanda, it is mainly due to the rarity of such attempts in Tamil cinema.

Seethakaathi has just one primary woman character, (National Award-winner Archana) and she hardly gets to do anything in this film. The other heroines — Gayathrie, Parvatii Nair and Ramya Nambeesan — play themselves, and except for Ramya, there is very little to write home about their roles too. Was this a conscious commentary on how heroines are treated in our cinema or is Balaji just taking the NKPK route, where the only female character comes towards the end of the film. Just like every well-made meta-movie, Seethakaathi too is open to multiple interpretations.

At the end of the film's almost three-hour runtime, I was left with two realisations - 1) Seethakaathi is a telling sign that there is still hope for uncompromising and quality Tamil cinema. 2) Our cinema has not quite seen an actor-star like Vijay Sethupathi

Where does Vijay Sethupathi go from here? How will his next 25 films be? What will Vijay Sethupathi pull off in his 50th film? What kind of roles will he play in the next six years? Can his choices of films be anything but unpredictable? Time will surely answer most, if not all, questions, but the bottom line is that Vijay Sethupathi is clearly Tamil Cinema's most unlikely star and is constantly reinventing all known notions of stardom... one film at a time.