Prema Baraha has all the trademark elements of an Arjun Sarja film – stunts, patriotic fervour and a touch of devotion for Lord Hanuman.

Prema Baraha has all the trademark elements of an Arjun Sarja film – stunts, patriotic fervour and a touch of devotion for Lord Hanuman.

His attempt to catch the eye of the audience by using the title of the evergreen song Prema Baraha, which had Sarja in the lead, seems to have worked. The audience has taken notice of his daughter Aishwarya Arjun’s debut. 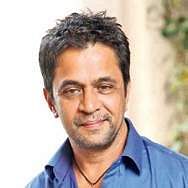 Let’s get straight to the second half of Prema Baraha, for the first half is simply an introduction of characters, Sanjay (Chandan Kumar) and Madhuriya aka Madhu (Aishwarya Arjun), both proactive journalists of two television channels. The two see themselves as competitors and do their best at their job.

The film actually centres around the budding romance  between Sanjay and Madhu. The latter is engaged to her aunt’s (Suhasini) son. An orphan, she is brought up by her grandfather (K Vishwanath) and her motto in life is to keep everybody in the family happy.  But her yearning to achieve something meaningful in life comes with Sanjay when the two get an opportunity to cover the Kargil war, live.

A few incidents on the war field change their view about each other. Though both are attracted to each other, neither acknowledges it. Will they win each other’s heart, what collision of emotions could that lead to? The director chooses to deal with the situation practically, keeping today’s generation in mind, and this makes for a sensible.

The film also deals with finding love after engagement with another. That’s the central story of Arjun Sarja’s syrupy love drama, which is otherwise peppered with songs, dances, action and emotions. He also has a song on lord Anjaneya, which has Darshan, Chiranjeevi Sarja and Dhruva Sarja making guest appearances, and that sure will add up a few more audience.

The film has great production qualities with excellent picturisation by HC Venugopal and a couple of extravagantly shot songs for music by Jassie Gift along with the recreated classic number Prema Baraha . The first hour of the movie seems ordinary and the pace takes a while to pick up.

As for the cast, Chandan gets a lot of screen time with action, dance and romance. He plays the lover boy with impeccable elan. Aishwarya Ajrun holds her role to the tee and is definitely promising. She also shows her flair for dance..

K Vishwanath is a delight to watch him, acting his age, and Suhasini makes her presence felt. But Prakash Raj’s blink-and-miss role could have been extended. Comedians including Sadhu Kokila and Kuri Pratap fail to tickle the audience.

Arjun Sarja’s film has highpoints and lows. But if you are familiar with his signature style, you will be able to appreciate this movie.

More from Entertainment Review.
Now we are on Telegram too. Follow us for updates
TAGS
Aishwarya Arjun Prema Baraha review Chandan Kumar