Writing the line ‘I’ve watched it so you don’t have to’ has never felt more earned.

Writing the line ‘I’ve watched it so you don’t have to’ has never felt more earned. The Accidental Prime Minister, directed by Vijay Ratnakar Gutte, is a transcendentally bad film; a political parody so abhorrent that its tackiness is almost a thing of beauty. It stars Anupam Kher in the role of former Indian Prime Minister Manmohan Singh, in a performance the actor has self-claimed as Oscar-worthy (is this one reason no one is hosting this year?); and Akshaye Khanna as journalist and former media advisor Sanjaya Baru (Khanna in an interview said he hates politics and dislikes people—pretty much the feeling the film leaves you with). 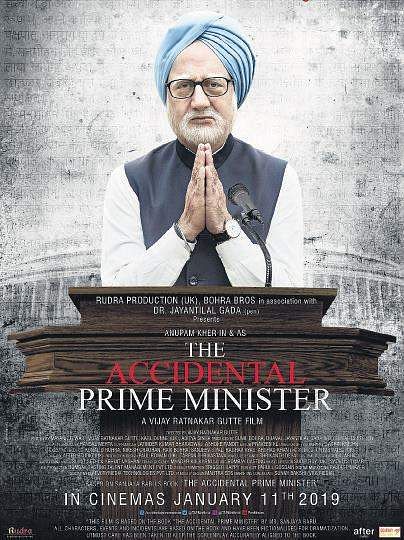 We begin in 2004 with the Sonia Gandhi-led UPA alliance sweeping the general elections. Actor Suzanne Bernert, who previously portrayed Gandhi in the Chetan Bhagat-hosted TV show 7 RCR, does a fine job setting up the film’s tone. Eyebrows cocked, she appears at a press briefing and refuses to take questions, saying, “You’ll hear soon.”

The film’s big reveal is this: Gandhi tapped economist and former finance minister Manmohan Singh as PM so as to retain party control over his office, while heir-in-waiting Rahul Gandhi prepared for the grand takeover. The makers really amp up the shock and surprise around the PMO’s lack of autonomy —a simple deduction the Indian electorate has anyway lived with for so many years.

The film also tries fiendishly hard to ape the “coolness” of international political satires. The narrator speaks to the camera while actors surrounding him wait awkwardly for movement cues; “real” names are taken with “real” designations (in one scene, filmmaker Hansal Mehta appears as Odisha CM Naveen Patnaik); and mystery maestro Alfred Hitchcock - of all people—is namedropped in a gag involving the film The Man Who Knew Too Much (I waited for the screenwriters to also spin on Family Plot; they didn’t).

Kher’s Dr. Singh is a puffball of a man reduced to wisps and whimpers. Most of his dialogues, which exist to express comic exasperation or demurred surprise, always directed at a previous scene or cut, come nowhere close to capturing the rickety monotone of the real voice. He also walks in a super-slow manner, hand protecting crotch as though fearing an inbound cricket ball, and his most honest delivery comes on the sickbed when he says, “I’m fighting fit.”

Khanna, on the other hand, keeps decidedly away from impersonation. His Sanjaya Baru is nothing like the former newsman and memoirist; he wears checkered slim suits with polka-dotted pocket squares, repeats loafers inside the Secretariat building and bites on a cigar instead of just smoking it. There’s a lovely little aside where a fan walks up to Baru and announces that her daughter, an aspiring journalist, is a big fan of him. The mother then cajoles him for inside dirt on the PM but Baru doesn’t budge, hiding briskly behind a non-committal smile—the mark of a great journalist.

Films like The Accidental Prime Minister make a strong case against the politicisation of Indian cinema. They embarrass both sides with their shoddiness, and expose strange limitations of the medium: the imperative of a love story, for instance. There’s wriggling, near-literal, romance dashed throughout between Kher and Khanna, with the film ending on a glorious throwback to DDLJ’s ‘palat’ scene, as the old friends part ways for one last time. Going down this way, filmmakers, there is really no turning back...