In the movie, When the well of inspiration runs dry, Vasu is helped by a fantastical character who is referred to simply as Olu (Esther Anil).

After Vanaprastham and Swapaanam, Shaji N Karun returns with the tale of another conflicted artist struggling to deal with his inner demons. This time, however, the atmosphere around the protagonist isn’t as heavy and oppressive as in the aforementioned films.

There is no extreme melodrama to be found this time around. 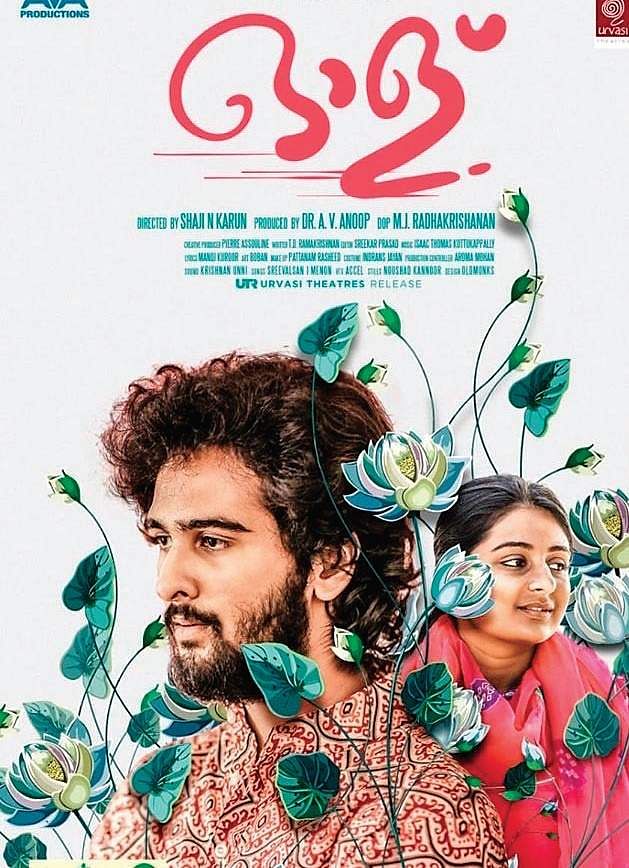 Anyone who has experienced a creative block at some point in their lives may be able to connect to Vasu’s (a solid Shane Nigam) predicament despite maintaining a distance from him.

When the well of inspiration runs dry, Vasu is helped by a fantastical character who is referred to simply as Olu (Esther Anil).

A rape victim who was dumped into the water earlier, Olu manages to stay alive due to  the influence of some mysterious but seemingly benevolent underwater force.

There is no explanation as to what this force is—perhaps, it’s the spiritual being referred to by a Buddhist monk later in the film. She takes a liking to Vasu after he sees him on a full moon night.

Maybe it’s because he resembles her deceased lover. A love affair blossoms but one that doesn’t involve a physical interaction.

Beauty doesn’t matter in this relationship. “Beauty is an emotion,” she tells him. She becomes his ‘unseen’ lover and the inspiration that provides him with the much needed creative spark.

But when the lure of money becomes irresistible for a struggling artist, new conflicts rear their ugly heads, especially when one reaches the crossroads between art and commerce—the struggle that affects all artists, especially filmmakers—and one has to decide whether to be a true artist or a fraud, regardless of financial outcome.

Olu, based on a script by TD Ramakrishnan, is arguably Shaji’s most abstract work. It’s not abstract for abstract’s sake.

The images can be deciphered without much effort. Perhaps it’s the internal conflicts experienced in the course of his own career that compelled Shaji to make another film, that too after six long years.

Once again, Shaji’s filmmaking appeals more to the intellect than the emotions. And as in his earlier films, the protagonist (and the actor portraying him) is stronger than the rest of the characters. Save for Shane, the acting is mostly theatrical.

It’s the ideas, however,  and the visuals (by late cinematographer MJ Radhakrishnan) that keep us patiently looking forward to the next scene.

Without those, the film wouldn’t have been half as engaging. Radhakrishnan’s camera, aided on occasions by stunning CGI, manages to look for beauty everywhere.

And this being a film about art, a painterly quality is found in every frame—be it in the tiny, still island where Vasu resides or a large, bustling city like Mumbai, the vibe of even the drabbest of locales is neatly expressed.

Anyone looking for an upgrade in Shaji’s filmmaking style should look elsewhere. He stubbornly holds on to what worked for him before.

But at least he hasn’t let go off his artistic integrity, and in a film that makes a statement about just that, I don’t see any reason for him to change and opt for a different style. Whether the pacing will appeal to the smartphone generation or not, I can’t say for sure.

However, the crisp and economical screenplay (running close to two hours) should work in his favour this time. Though I wouldn’t call it a masterpiece, I found Olu to be a much better effort than Swaham, Nishad, and Swapaanam but a couple of notches below Piravi, Vanaprastham, and Kutty Srank. It’s definitely worth a watch.

Now we are on Telegram too. Follow us for updates
TAGS
Vanaprastham and Swapaanam Malayalam Films Shaji N Karun Olu