He seems to have found the perfect technique to deliver a powerful message in a film that also entertains the viewer.

After Mr. and Mrs. Ramachari and Raajakumara, two highly successful commercial movies, with Yuvarathnaa, Santhosh Ananddram might just have found the style which could very well become his trademark. He seems to have found the perfect technique to deliver a powerful message in a film that also entertains the viewer.

Yuvarathnaa deals with the vital issue of education, and as the tagline ‘Power of Youth’ suggests, the movie focuses on the youth of our society. Aptly utilising Puneeth Rajkumar’s star persona and with the power of the youth in the forefront, the film, in different sequences, shouts out that one’s belief either initiates an action or it does nothing. 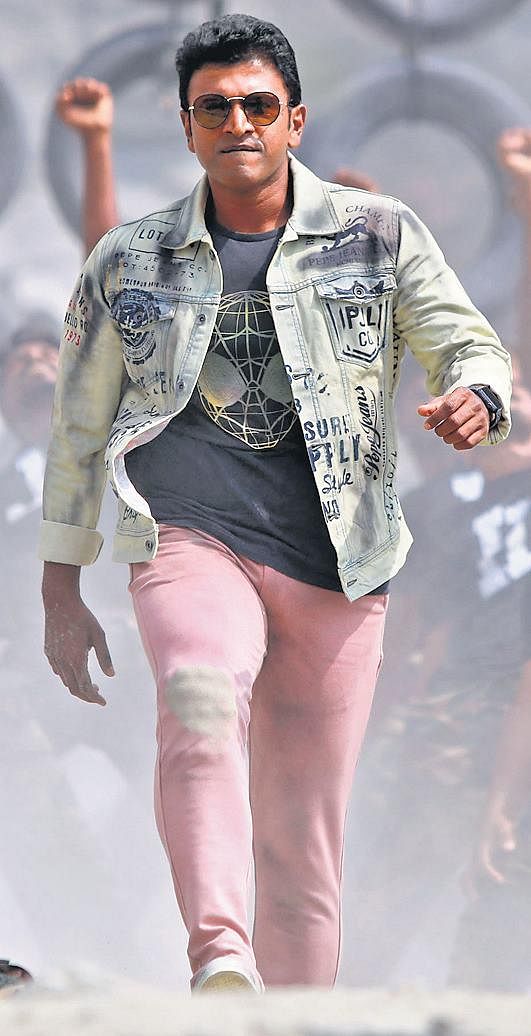 “Education is not a business, it’s a service,” goes a dialogue in Yuvarathnaa, which revolves around the death of a merit student. This death puts Rashtra Kuta (RK) College, a Government University, in the spotlight. A worried college dean,  (Prakash Raj), goes out of his way to get justice for the student and travels across different colleges to get a petition re-evaluated. In his absence, enters Arjun (Puneeth Rajkumar), a new student in the college. He takes notice of a few discrepancies and goes about bringing in reformation against all odds. He single-handedly strives to fight against corruption and loopholes, which leads to the reveal of his real identity.

The film highlights why skills are just as important as academics. It also talks about student empowerment and other issues like the role of alumni and how they connect with their alma mater.  The director has worn multiple hats as a screenplay writer, dialogue writer, and lyricist. So, the film is bound to have some issues — the film’s length, losing focus on the core story, repeated and irrelevant action scenes, to name a few. Puneeth shoulders the entire film, and he does it with aplomb. He keeps the audience engaged with punch dialogues, well-choreographed fights, and dance sequences. It is in the second half that the story picks up steam. And Puneeth, in his larger-than-life character, manages to deliver an effective social message.

Prakash Raj carries a prominent role with elan as always, while Sayyeshaa, who plays a young professor, charms the audience with her presence. Dhananjay and Sonu Gowda have given their best with their limited screen space. Diganth’s role, however, takes us by surprise.  The songs composed by S Thaman go well with the story and the background score elevates the impact of many sequences. The theme song Power of Youth lingers in our ears for a long while. Cinematography by Venkatesh Anguraj captures the best visuals of the college atmosphere. Overall, the director has delivered a strong message about the importance of good education, while also churning out a mainstream entertainer that can reach the masses.

Now we are on Telegram too. Follow us for updates
TAGS
yuvarathnaa puneet rajkumar