Dishoom dishoom, no stunt this!

With high-octane fights adding to the film’s appeal, often we forget what goes through the lives of these daredevils.Stuntmen in the Tamil film industry reveal their daily challenges and the reason they stay in this field

The incident of two actors dying while performing a stunt sequence for a Kannada film recently has sent shockwaves throughout the film industries in South India. This episode has also given a glimpse of the lives of stuntmen, who are always at risk for fatalities. In addition to performing death-defying stunts, they also have to be a stand-in for stars. Their job description warrants jumping off the cliffs and hanging from the walls of high-rise buildings, etc. Despite taking precautionary measures, sometimes, things can awfully go wrong. If an actor gets hurt, production houses move mountains to hasten good recovery but what happens to a stuntman if he gets hurt? CE speaks to a few stuntmen in the industry to know more…

Action sequences need to look cool and stylish, even if it’s a dirty one. Everyone expects a proper flow and rhythm in fights. We take great precautions before doing anything. Most of the filmmakers and actors understand how tough our job is, and they support us accordingly. But the danger adds thrill to our job. If you play it safe, boredom might set in — both for me and the audience. Many of the stuntmen don’t fear the risk. It is poverty makes us do all this. That’s the ultimate push. Though things may have improved considerably, we need stunt masters who insist more on the stuntmen safety. In most cases, a stuntman gets little money. The excitement of doing a daring act has made us what we are today. 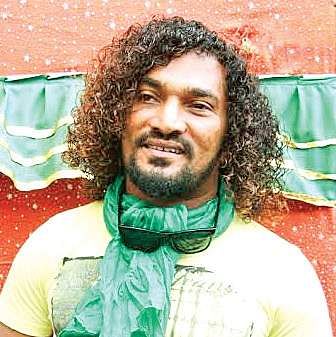 Exposure to international cinema and advancements in technology and graphics has radically changed the entire cinematic language. Now expectations are more. For us, it’s like dying every day. I work seven days a week. I don’t give details to my family, because they will panic if they know what I really do. They’re at the risk of losing you. We fall, hurt ourselves, and break our bones. Everything is normal for us. Safety is of prime importance before performing anything, and no stunt is absolutely safe as there is always an element of risk involved. The fights which were done during 70s and 80s are different and now everyone wants fights to be realistic. It’s about the movement and timing!

Stun Siva
We’re not popular like actors, but no stunt sequence is complete without us. I’ll do anything for a good fight. When injured, we get financial aid from the Union; even actors and production houses help us out but it’s not enough, as the cost of treatments is expensive. Also, our schedules are hectic and unpredictable. We work through day and nights and take painstaking efforts, sweat it out and train hard to make stunt sequences realistic.

Pandian
After the job of military officers, I think ours is a risky one. I have been injured many times, and I know people who have slipped into coma or lost their lives. We do all these things because we love our profession. Though camera tricks work, car and bike stunts are quite dangerous. Even a minor slip can result in a major crash. Recovery takes a long time in this case. When we are injured on the sets, of course, the production house takes care of the first-aid needs. Beyond that, say, I need to be home at least for a year, it becomes a huge burden as I have to shoulder financial responsibilities. Out of their will, high-paid artistes may help us with the hospital expenses, but it’s up to them. Hollywood filmmakers/technicians are surprised by the amount of risk our stuntmen take. We are into the clutch of death every day. That’s why most stuntmen are believers; they have photographs of their favourite god inside their pockets while performing high-octane sequences. Though there are separate unions and insurance facilities etc, it’s not enough at all. The stuntmen safety is a big issue, which most of us are yet to address. The safety level is very low when compared to other countries.

‘Thalapathi’ Dinesh
Retakes can be very taxing in stunt scenes. It’s all about working hard and paying rapt attention to the stunt master’s instructions. Despite best efforts, sometimes, accidents do happen. It’s not advisable to use amateurs for risky stunts. Artistes, including technicians, shouldn’t take it lightly when they know there is a huge element of risk involved and safety is not up to the mark.