In a chat with City Express  director Rajapandi who is helming Achamindri , talks about the film that is about the Indian educational system

Rajapandi, who earlier helmed Ennamo Nadakkudhu (2014), is back with Achamindri, which has Vijay Vasanth, Srushti Dange and Samuthirakani in important roles. The filmmaker tells CE, “Ennamo Nadakkudhu was my first film that had Vijay Vasanth as the hero, this is the second time we’re pairing up. The story throws light on revamping our educational system.” Though there are many films based on teacher-student relationships, he says this film will be different in terms of the story line and narration.

“Vijay plays a thief and Srushti will be seen as an MBA student. How their lives intersect, forms the rest of the script,” he adds. The film also has Karunas playing an interesting role, and Saranya Ponvannan has been given a makeover and will not be seen as a mother.

Interestingly, the director has assisted Mani Ratnam with Thiruda Thiruda (1993). “That was only for six months; but it was a great learning experience. I don’t know if he knows I am working on this movie. I’ll meet him only after establishing myself as a good director,” he smiles.

Rajapandi was disturbed by the way the school systems function and that gave him the idea to make Achamindri. “The sheer definition of school itself has changed over the years. Ideally, it should be a place for a child to grow and nurture his/her talent. Unfortunately, with corruption the system has lost its purpose. This film is a reality check on all these issues,” he elaborates. He believes  Samuthirakani, who plays a cop in the film, is capable of carrying the social message that he wants to convey. 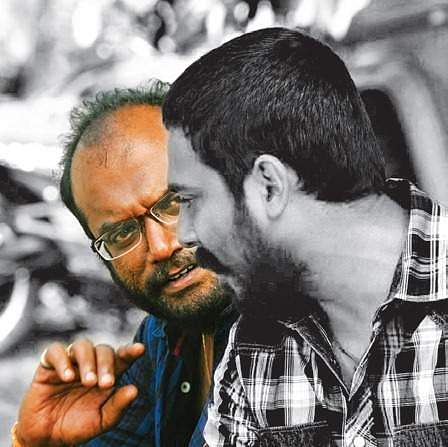 Rajapandi analysed the feedback he got for Ennamo Nadakkudhu, and noted down the elements that clicked. “I will continue to work on  films which has both personal and socio-cultural angles to it,” he shares.

Talking about the film Vijay adds, “The film has a sub-plot as to why people prefer private schools to government-run institutions. Achamindri has an equal mix of action, comedy and thrill.” He says that films like Saroja  (2008) and Nadodigal (2009), have made him what he is. What makes him choosy? “I am open to playing both the lead characters and supporting roles. So far I am happy with whatever offers that come my way. Though it’s tedious to manage both my acting assignments and business commitments, I am balancing both quite well.”

Up next, Vijay has a horror film called My Dear Lisa in his kitty. “I am awaiting the release of Chennai 600028 II: Second Innings. I am playing the same character Gopi. But this time, a married man. Anjena is paired opposite me,” he says.  Though the theme of gully cricket has been retained, the movie is set against a rural backdrop. “It was a great  reunion for our boys. Most of us started our career with the original Chennai 28 in 2007. Naturally, we had a lot of things to recall and share, including cricket.”