Vishnu Vishal is enjoying his roles

When most actors who get a hold in K’town would be signing movies on a spree, Vishnu Vishal tries to be different. Awaiting the release of Suseenthiran’s Maaveeran Kittu, he sounds super-confident. This is the third time the duo is coming together after Vennila Kabadi Kuzhu (2009) and Jeeva (2014). He tells City Express, “I play a student, who aims to become a collector. How he achieves his dreams forms the rest of the story. As the film chronicles the life of a man who fights for a cause, it’s a strong-headed character. ”

Vishnu’ll be seen in four different looks in the film. “The story is partially based on true events. We shot in Palani after 8 years, where we shot Vennila Kabadi Kuzhu,” he says. Ask him about working with Suseenthiran and he shares, “It was a nice experience. Susi sir is an actor’s director, who knows to bring out the best in a performer. He is a repertoire of knowledge and is always willing to share his experiences.” 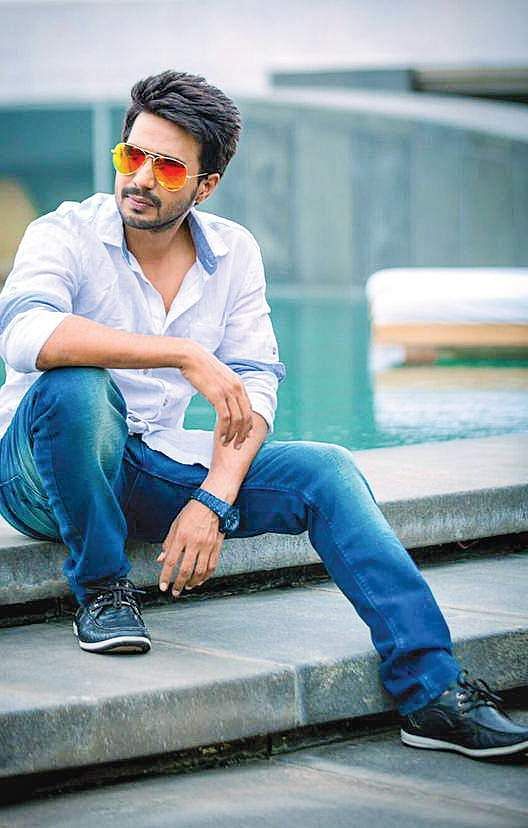 Like other actors, he also loves playing different characters. Eventually, it all boiled down to learning, he smiles. “I select my roles carefully. I need to know I’ll be able to do justice to them. That way, I was sure of Maaveeran Kittu’s success when I listened to the script and visualised my character.” Vishnu says that it’s not an art movie, but a hard-hitting, well-packaged commercial one. “Right from the beginning the audience will be engaged with the script. I don’t talk about things until I am sure of them,” he shares.

On being paired with Sri Divya again, he says they had a ball working together. “We never got to interact much when we were shooting for Jeeva. Now, we were comfortable in each other’s company. I guess that helped us bringing in a lot of emotional scenes to life. I heard that our onscreen chemistry was also good,” he smiles. She plays Gomathi, who’s serious about leading a life with the protagonist.

Suseenthiran’s regulars, Soori and music director Imman are also a part of this project. “Imman has done a wonderful job on the background score and re-recording. The second half will be a thriller. We have discussed  an important aspect, which people can relate to. Parthiepan sir has  a strong character too. There’s so much to learn from him,” shares Vishnu.

Up next, he has Kathanayagan opposite Catherine Tresa. “It’s a full-on family drama with a generous dose of comedy, like Dum Dum Dum (2001). The story revolves around two families; particularly, about the expectations that a father-in-law has from his son-in-law,” he says. The shooting for the same is almost done. “We have two songs left to shoot. We completed the movie in 43 days, and I have produced it as well,” he adds.

From November 29, he’s going to shoot for an untitled movie by Mundasupatti (2014) director Ram. “It’s an investigation psycho thriller. Ramdoss, Kaali Venkat play important roles, and Ghibran is the music director,” he shares.

So, Is he enjoying his stint as a producer? He laughs, “It’s a responsible job, and I am managing it well. Being a producer gives you a different kind of high. I’ll be announcing my third production venture on December 2. I can’t wait and I am really excited.”