'I have worked to gain the trust of directors'

There’s something graceful about Sri Divya as most of her films create an instant wave of desire among the youth. Take films like Jeeva (2014), Eeti (2015) and Bangalore Naatkal for instance. In a chiffon sari, matching glass bangles, a long plait with flowers on it, she epitomises the image of an ‘ideal’ Tamil ponnu. The pretty actor, who debuted as a heroine with Ravi Babu’s directorial Manasara (2010), has a slew of projects in her kitty including Kaashmora, Maaveeran Kittu and Sangili Bungili Kadhava Thorae. 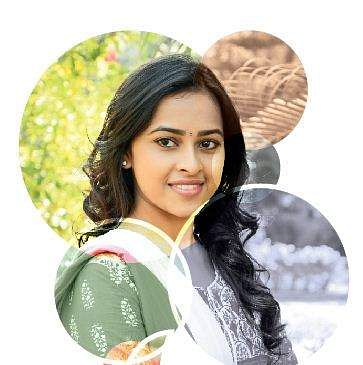 Having started her career when she was three, not many know that she worked in some notable films like Veede (2003) and Hanuman Junction (2001) as a child artiste. For someone who played mostly girl-next-door roles wearing half-saris, the Karthi-starrer Kaashmora was challenging. She essays the role of a research student (Yamini), who wears western clothes.

“So far, this role has been my favourite, and am more than happy! When Gokul (the director), approached me for the film, I knew he had something substantial for me...which is why I said ‘yes’ to him. Besides me, there’s Nayanthara (she plays Rathna Mahadevi, a queen in the film), and her portions belong to the historical segment and I appear in the first half. I was aware of her presence when I signed the film, but I am more concerned about what I am doing and my role. There are no romantic scenes between Karthi and me. It was wonderful working with him; he’s a helpful co-star. Since we spoke to each other in Telugu during the shoot, it was easy,” she shares with CE.

Ask her about her experience working with Nayanthara and the star of Varuthapadatha Valibar Sangam (2013) smiles, “Nayan and I didn’t have many combination scenes though. We just shot for a day together. She’s extremely gorgeous and quite a friendly person.” Sri Divya says, she would like to do modern roles.

“It’s not that I always wanted to play homely characters; I’d love to see myself in modern roles. At the same time, I don’t want to choose glamorous ones. I want to do characters similar to what Jayaprada, Revathy and Sridevi did during those days.”

However, she’s content with all her characters. “Films are my passion and people have accepted me unconditionally. I have acted in multi-starrers as well; there’s so much respect given to stars here, and even the cameos and smallest of roles are being recognised. I guess I have earnestly worked to gain the trust of directors and crew. The journey has been satisfying,” she observes.

And why’s she not seen in Tollywood much, considering that her mother tongue is Telugu? “I am busy with Tamil projects and I have no time for Telugu films as of now.

But I’ll be up for interesting roles if they come my way,” she says.  In the Vishnu Vishal-starrer Maaveeran Kittu, she plays an innocent college-goer. “The film is set in a rural background and mine and Vishnu’s look will be that of the 80s. Both of us didn’t get to talk during the shooting of Jeeva, but this time, we discussed a lot of other things,” she adds.

The soft-spoken actress doesn’t sign every movie that comes her way, and is also against skin show in films. “People spend money and time to watch a film and I think we should make films to satisfy the audience and give them wholesome entertainment. I have worked with directors — in both Tamil
and Telugu, who have had a different approach to work. Though I listen to many scripts, something that excites me is yet to come,” she grins.
She also went on to expresse her interest of pairing up with Suriya. “I am a huge fan of his films and I want to work with him,” she chuckles.

I have chosen path of public service not of politics: Scindia

'Remarkable shift' in US Sikhs' support for Trump due to his business policies: Community members