What if Ramayana was retold in a film with modern faces

On Diwali, our columnist brings the final installment in the series of retelling famous mythological tales. These are the actors who’d play important roles if the Ramayana took to 70mm today

Rama’s coronation as king is another ‘divine reason’ for us to celebrate Diwali. The second-half of Ramayana has maximum drama, so let’s cast for scenarios leading up to the crescendo climax. Apart from inspiring many films in Tamil and Telugu, the Ramayana also formed the crux of Mani Ratnam’s modern-day Raavanan (2010) where Rama (Prithviraj) had shades of grey and Sita (Aishwarya Rai Bachchan) was on the edge with an in-form Raavanan (Vikram shines in this role).

The Story:
Heavens come down to the kingdom of Ayodhya when king Dasaratha and his wives Kausalya, Kaikeyi and Sumithra are blessed with four sons — Rama, Bharatha, Lakshmana and Shatrughna. The boys are ‘model-brothers’ and Rama’s prowess in archery enables him to marry the Janaka-princess, Sita. 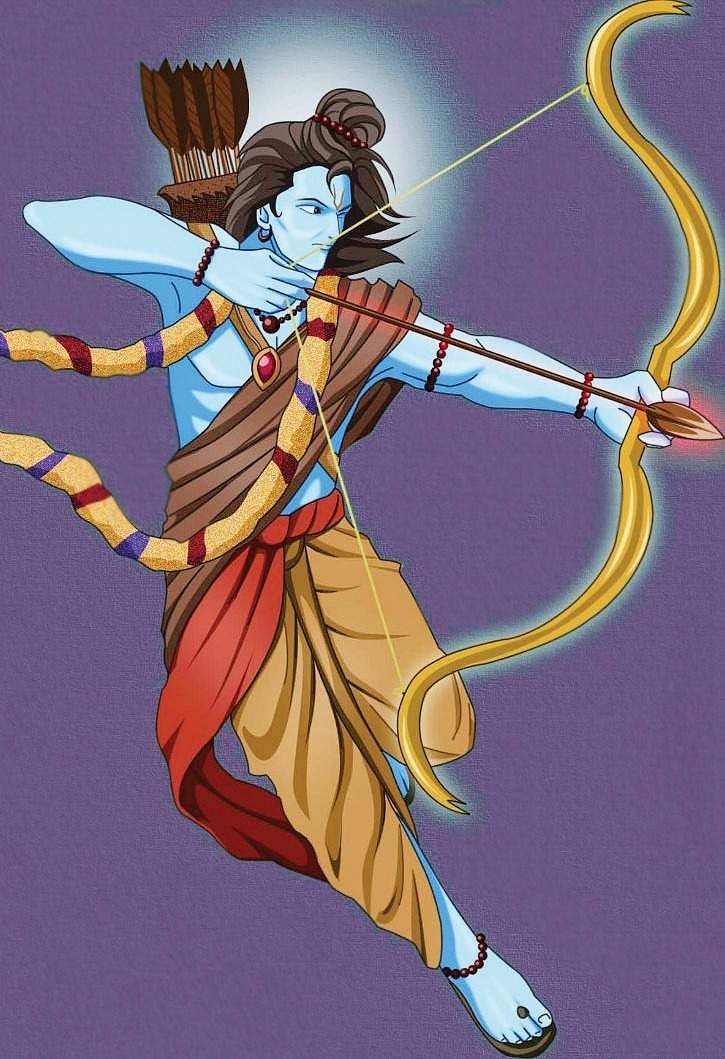 But Kaikeyi, under the influence of her old-maid Manthara (Kooni), asks for her son Bharatha to be anointed as crown-prince and forces Dasaratha to send Rama to the forest for 14 years. Lakshmana and Sita follow Rama and series of events unfold. Bharatha is heart-broken with his mother’s demands and meets Rama, while he is half-way into the forest, and decides to place Rama’s padhukas (footwear) on the throne and rule Ayodhya as an ascetic till his brothers return.

Meanwhile, Sita’s beauty lures Raavana who kidnaps her. Rama, with Lakshmana and an army of monkeys, vanquish Raavana and return to Ayodhya with Sita.

Sita
Resolute in her love for her husband, Sita’s birth has a hidden agenda which goes beyond being a wife to Rama. Her loyalty is put to myriad tests while she’s in captivity in Raavana’s Asokavanam, where her stubborn resolve keeps Raavana at bay. Sita is the axis in this fight between good and evil, but is evil totally evil and good truly all good? Her character brings out the best and worst of both Rama and Raavana but she emerges stronger. 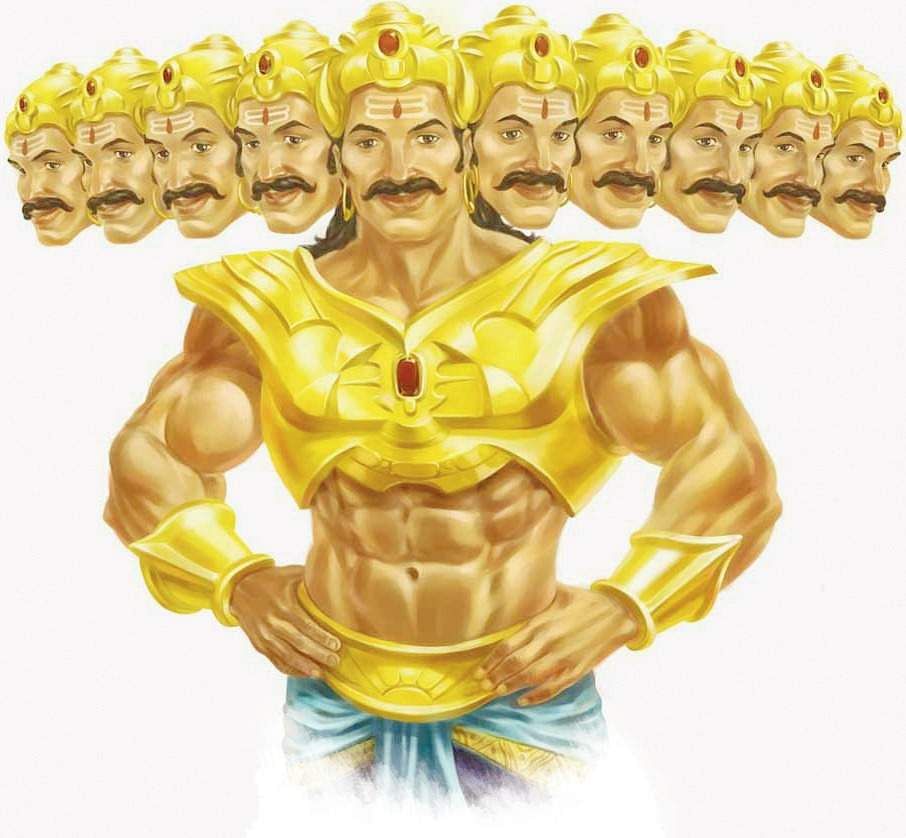 Rama
He is the epitome of patience and steadfast do-gooder who makes friends wherever he goes (Guhan — King of fisher folk, for instance). Even the birds (Jatayau) and animals (Hanuman and the monkey-clan) love him. Rama is portrayed as an ideal man whose sole black-mark as a husband arises when he exiles a pregnant Sita because a launderer raises doubt on her character. Integrity is high on his list of virtues and his handsome features reflect a sense of ‘godly’ calm, until the warrior in him awakened by the mighty Raavana. Mahesh Babu’s handsome charm, clean looks and ‘good boy’ image naturally makes him a great choice for Rama.

Bharatha
Sampoorna Ramayana (1958), AP Nagarajan’s first as screen writer, had an emotional scene where  Bharatha (Sivaji Ganesan) is a few yards away from meeting Rama (NT Rama Rao), where Sivaji laments “anna, anna ” and walks in a frenzy with his arms outstretched and collapses at the sight of his dearest brother. Righteous in conduct and dignified in his predicament, Bharatha is said to be ‘equal to a 1,000 Lakshmanas in his valour and love for Rama’. An actor who can match up to Mahesh Babu’s Rama in looks and calm poise is Jayam Ravi.

Lakshmana
Quick to anger, Lakshmana’s devotion to his brother is an example of trust and loyalty. His role is integral to the plot in the second-half because of his tryst with Raavana’s sister Shoorpanaka. Lakshmana shoos away Shoorpanaka’s desire for him and cuts her nose, which is a symbol of pride and beauty. Shoorpanaka vows revenge and unleashes her brother Raavana — King of Lanka, on the humble abode of Rama in the forest, but Raavana’s heart chalks out a different destiny. Vikram Prabhu, with his sharp looks makes en effective Lakshmana. 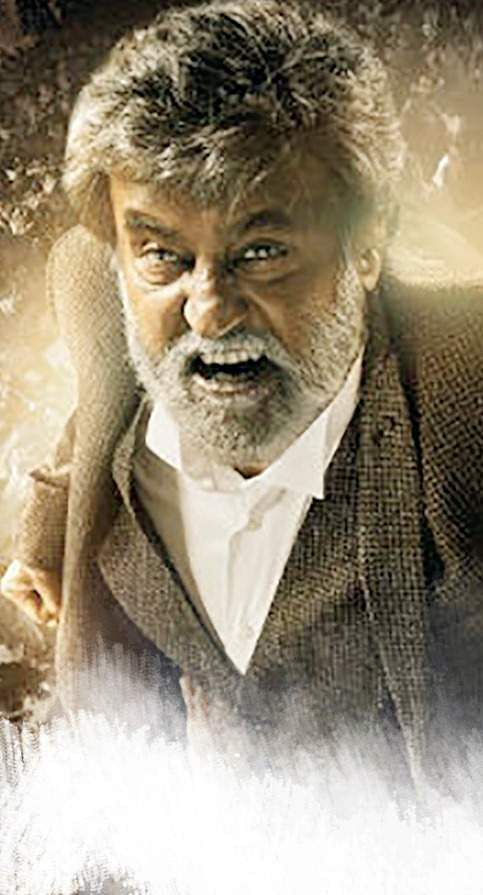 Raavana
Enthiran (2010) saw flashes of a Raavana-like character in the invincible Chitti the Robot, who tells the beautiful Aishwarya Rai Bachchan (whom he kidnaps at her engagement) that there are only two perfect creations of man, one of them was him and the other was her. Superstar Rajinikanth is my single choice to play Raavana who is the best mythological character ever! Raavana’s might is so huge that the gods themselves had to descend to conquer him. An elaborate crown, long, twirling moustache, those blazing eyes with the lean and shiny Dravidian looks, this role has with ample scope for punch-dialogues and warfare. Rajinikanth’s active Raavana Vs Mahesh Babu’s passive Rama, will make this Ramayana a must-watch.

An imperious superman-king who was also human at times, an ardent devotee of Lord Shiva who can summon up boons at will, talented in all the 64 arts (aayakalaigal arupathinaangu) which include playing a giant veena, Raavana, whose name means ‘Roar’, is deemed to have 10 heads representing his knowledge of the six Shastras and four Vedas. He was born an Asura hence his entry to Heaven was always questioned. He ruled Lanka mainly but historians call any Dravidian king as Raavana – who was both feared and worshipped as the mightiest warrior-ruler of their land.

The film Sampoorna Ramayanam has this situation where Rama tells Raavana, ‘I will give you a day, go home and think — return Sita to me and I will forgive you’ and a wounded-in-body-and-soul Raavana sings to Lord Shiva, “Indru poyi naalai vaaraai ” (Go and come back tomorrow...thus a
mere mortal said to me, why did you make me fall for a woman of this earth and get insulted thus
by a mere man, when I am the mighty Raavana.) What self-esteem Raavana had!