Oviya is all the world is talking about, if her growing fan-following on social media is any indication.

Oviya is all the world is talking about, if her growing fan-following on social media is any indication. The Bigg Boss participant has charmed one and all with her cool demeanour, and quite a few celebrities too are taken in. Fans have taken to Facebook, Twitter and YouTube to rally for her, with groups like ‘Oviya Army’ and ‘Oviyans’ growing in numbers every day. One of her quotes from the show, ‘Neenga Shut up Pannunga’, has gone viral, with composer Yuvan Shankar Raja planning to dedicate a song to her in his upcoming film, Balloon. Sibiraj, actor
I have been following Bigg Boss, and if I were given a chance, I’d cast Oviya in a heartbeat. But the big question is, avunga enna consider pannuvaangala?

I love Oviya for the person she is. She’s brilliant and I’d love to cast her in my films. If that’s not possible, I’ll at least recommend her for my friends’ projects. It’s hard to find someone genuine like her. She doesn’t engage in pettiness or manipulation, unlike the others. When she’s furious, she loses her temper, and that’s normal.

In fact, I was invited to be a contestant on the show, but I couldn’t take the offer up. So, I am following it on television. I am also good friends with Gayathri. She follows me on Twitter, but of late, all my tweets have been against her. When she returns, I’ll definitely tell her that she was wrong in many instances. I support Oviya wholeheartedly, like many other celebrities, including STR, do.

Oviya is just being herself in the show. That’s why everybody likes her. As I’ve been in the industry for quite some time, I know every contestant personally. And yet, I support Oviya. I’ve worked with her for a couple of events, and I can vouch for her and say that she’s the same on the show as she is in person.

I think Bigg Boss is more than a show. I’ve been a follower of the Hindi version too. But no, I can’t see myself recommending her to my friends for their films. She has a huge fan following now. There’s no doubt about that, but tell me, how many filmmakers will take her just because she’s popular? I don’t think popularity on television translates into success in films. But based on who she is in the show, I don’t hesitate to wish the best for her. And if she should make it big in films, I’ll be the first to be happy about it. But I do think that right now, for the moment, everybody, including those in the film industry, are watching the show because there isn’t much else to be entertained by. Will people watch Bigg Boss when there’s an IPL match going on? I don’t know. But it’s the craze of the moment definitely. 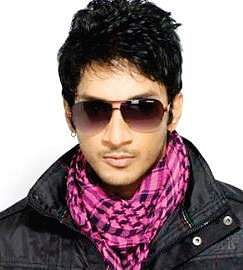 I don’t quite follow the show often, but I remain aware of what’s going on, including her burgeoning fan-following. Would I cast her in my films? You see, my approach to films has been different, and I let the script dictate my choice of actors, regardless of how popular someone may be. Oviya popular-a irukaanga-naa, adhukkaaga oru script yezhudha mudiyuma? Vijay-ku oru script pannina, adhu Vijay Sethupathi-ku dhan correct-a vandhu amaiyudhu! (Laughs) So, who can really predict these things?

Krishna, actor
The channel asked me to suggest an actress for their show. I was the one to recommend Oviya’s name, and now, I am glad I did. When I told her that the channel was looking for someone like her, she was totally excited. She’s bindaas, and chilled out. We’ve acted together in a film, and I have always believed that she’s talented. What people see on TV is how she is in real life too. I’m delighted.