'Kabali' actress Dhansikaa was at the receiving end of TR Rajender's rant when she forgot to mention his name at 'Vizhithiru' press meet.

'Kabali' actress Dhansika was at the receiving end of T Rajender's rant when she forgot to mention his name at 'Vizhithiru' press meet.

The 'Kabali' actress was sharing her experience of working in the film during a press meet organised for the thriller film.

While thanking a few who had worked with her, she forgot to mention T Rajendar which irked the veteran actor.

Rajendar, who wouldn't accept an apology from Dhansika went on to give her a lecture about 'mariyadai' or manners.

Dhansika kept on getting up to apologise to the actor and when she told that she had great respect for him, he retorted - "Which market should I sell the respect you are giving?".

Dhansika replied that 'Sir, you can say many things in rhyme but', Rajendar interrupted her and said- "Sorry ma, it's not an argument" and gestures her to sit. The actress then went on to tell him that she didn't express her respect for him on the mic because she does have respect for him in real life too.

While the celebrities on the stage looked laughing and Dhansika left in tears, he asked "Dhansika acted in Vizhithiru before 'Kabali'. She acted with Superstar Rajinikanth and forgot T Rajendar's name on-stage. That is the world. Do you think I need your acknowledgement to earn my livelihood? (Nee ellam en peru solli thaan enakk vazhanama)" 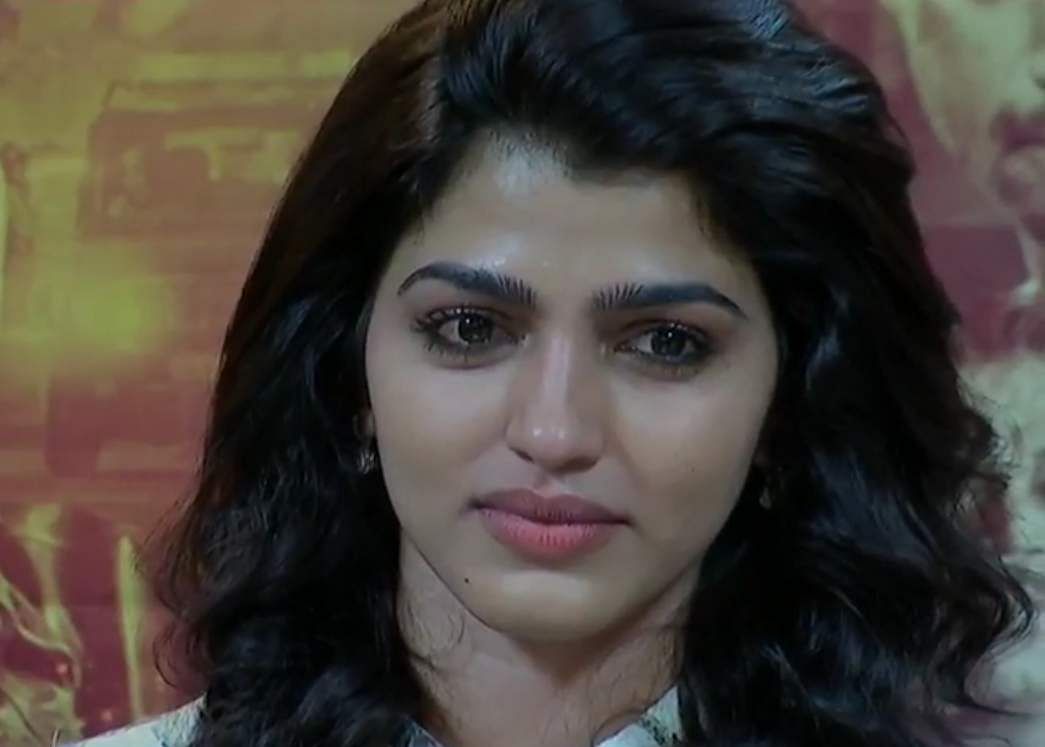 While the actor went on and on with the disrespectful rant, the onlookers were clearly enjoying the show from what one can gather from the video. None of the 'celebrities' on the stage were affected or bothered to intervene when Rajendar made the comments on Dhansika.

T Rajendar is no stranger to controversies. Earlier, he had a problem with the makers of the tamil rom-com 'Romeo Joliet' and sent a legal notice to them, miffed at the fact that the film used his voice and mannerisms. The film also had a song in which his name was mentioned.

'Vizhithiru' is an upcoming thriller directed by Meera Kathiravan and stars Vidharth, Krishna, Venkat Prabhu and Erica Fernandes apart from Dhansika. The film's production had started in 2012 but is finally getting a theatrical release 6 October 2017.