The trailer of Chekka Chivantha Vaanam was unveiled by AR Rahman and is scheduled to release on September 28. 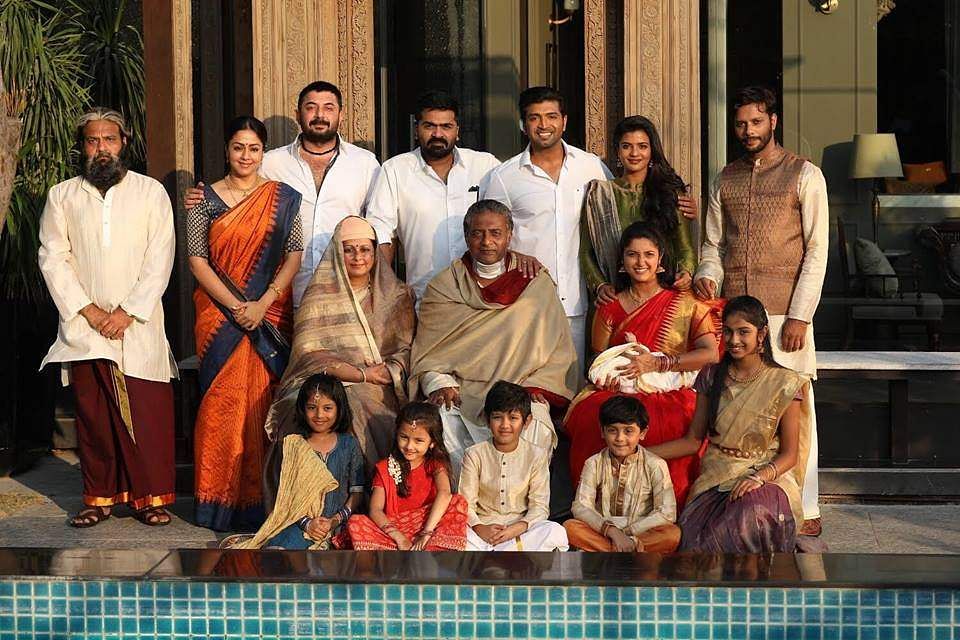 The much-anticipated trailer of Mani Ratnam’s Tamil gangster flick Chekka Chivantha Vaanam is finally here! The crux of the story revolves around a don played by Prakash Raj and his three sons Varadan (Arvind Swamy), Thyagu (Arun Vijay) and Ethi (STR) who are keen to occupy their dad’s throne.

The trailer has everything that fans have predicted: bloodshed, vengeance, hard-hitting dialogues, action sequences and stunning visuals.

The movie had already created a buzz with an ensemble cast that includes Prakash Raj, Vijay Sethupathi, Arvind Swami, Silambarasan, Jyothika, Aishwarya Rajesh, Dayana Erappa, Aditi Rao Hydari, Jayasudha and now with a well-packaged trailer the expectations have been taken to a different level.

The movie is produced by Lyca Productions and the cinematography was in the safe hands of Santosh Sivan. The soundtrack of the film has been composed by AR Rahman and the film is scheduled to release on September 28. The movie's dubbed Telugu version Nawab will also hit screens on the same day.