Not just one kind of love

TNIE's entertainment editor reflects on the portrayals of love, relationship and cinema.

For a few days now, a question that Sivakarthikeyan asked me recently has been weighing on my mind. He posed it in a recent conversation as we were discussing stalking in Tamil cinema and I asked if he regretted doing Remo. To his credit, he did admit that on hindsight, he feels he should have insisted on carrying a scene that warns people that it’s not a great way to pursue a woman. 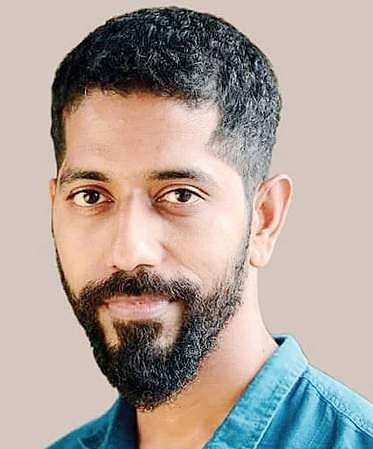 And then, perhaps out of fatigue, he wondered aloud: “The only way for us to avoid such portrayal is if we simply stuck to love stories happening at offices and colleges, where the man and woman are already familiar with each other.” This was said with a look of what I thought was resignation.

Well, if that’s all you guys will let us do, what other choice do we have? The first day of the new year generally gives us the illusion of a new beginning, and as such, many of us are usually emotionally primed to make some sweeping changes. Today then is a great time to think aloud about this. Are some of us — worried and bored sick about the repetitive boy-falls-in-love-with-strange-beautiful-girl trope — being restrictive? Is writing ‘office and college love stories’ the only way out?

The truth is, I don’t think we get enough of the ‘office love stories’ template in the first place. If we were to extrapolate, I’d say that we have very little of the love stories that develop between acquaintances — or as Zuckerberg would put it, friends of friends. In fact, I dare posit that it is these love stories — the ones that happen in a library, a dance class, a film club, a workplace, a classroom, an apartment complex… — that constitute the vast majority of real world relationships.

While it isn’t an exhaustive sample by any stretch of imagination, almost everyone I have ever known to be in a relationship met in places like the ones mentioned above — not perchance at a traffic signal as a sudden, strong wind suddenly blows the girl’s dupatta and somehow conspires to place it on the boy’s face. For the most part, the average protagonist in our films still gets smitten by a strange, beautiful girl, and is instantly convinced he’s in love. Don’t get me wrong. I’m not saying this is impossible; I’m just saying it’d be a relief to have more variety, more representation of the sort of enterprising, realistic, heartwarming relationships that are being created around us.

Imagine if today, someone like Rajesh, the hero of Minnale, tells you that he just saw a random girl dancing in the rain while making a call from a telephone booth. Imagine if adds that he’s convinced about the purity of his love and wants you to help him track her down. In reality, you’d likely warn the local police station about a psycho on the loose, but somehow, in films, we have no problems believing in such skewed portrayal of reality. If some of the films of the last year — 2017 — were any indication, it’s tempting to believe this is changing. Some star vehicles still stuck to lacklustre, unrealistic love tracks though, and so, it still continues to be a relevant time to ask for more realistic love stories.

Even in the unlikely case of a man getting besotted with a strange woman — soulmate and all that — how about if he takes time before getting convinced he’s in love? How about if he thinks of his attraction as a starting point and tries to get to know her better before making up his mind? How about if, like in some international cinema, the words ‘I love you’ actually have to be earned, and actually come to mean something? Maybe, just maybe, in 2018, we’ll get a love story or — gasp — two that show love for what it is in reality: both complex and simple, and often both at the same time, but never ever exactly like another.

Now we are on Telegram too. Follow us for updates
TAGS
three Sivakarthikeyan love relationship