Dinesh’s next to be an adult comedy

Dinesh also has Annanukku Jai and Kalavani Mapillai in different stages of production.

After his long-delayed Ulkuthu released recently to lukewarm reviews, Dinesh has signed up for another project by Blue Ghost Productions, the company behind last year’s Hara Hara Mahadevaki and the upcoming Irrutu Arayil Murattu Kuthu—both of which belong to the adult comedy genre, and have been directed by Santhosh P Jayakumar and star Gautham Karthik. Titled Pallu Padama Pathuko, this one will also fall under the same genre. 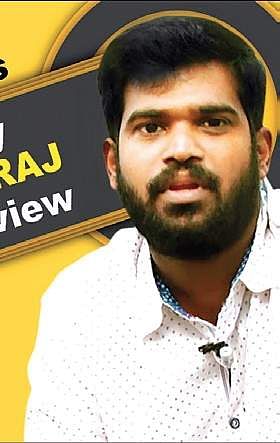 The film, whose shooting has already commenced, marks the directorial debut of Vijay Varadharaj, famous for his contributions to the YouTube channel, Temple Monkeys. Actors from the channel such as Shah Ra (Meesaya Murukku, Maanagaram), Augustine (Vikram Vedha) and Abdool (Mersal and Velaikkaran) have already made their mark in Tamil cinema, and are all expected to be a part of this film too. Sources state that a well-known female lead has been roped in for the film and an official announcement is expected soon.

Dinesh also has Annanukku Jai and Kalavani Mapillai in different stages of production.

Now we are on Telegram too. Follow us for updates
TAGS
Santhosh P Jayakumar Vijay Varadharaj